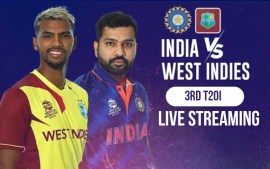 IND vs WI Live Streaming: When and How to watch India vs… 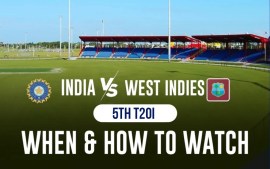 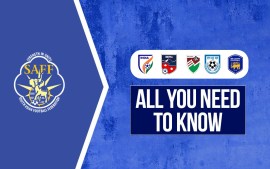 FIFA Friendlies: Igor Stimac named 38-man Indian probables squad for the preparatory camp ahead of the friendlies in Bahrain

FIFA Friendlies: Indian men’s football team head coach Igor Stimac has named a list of 38 probables for the preparatory camp ahead of India’s International Friendlies against Bahrain and Belarus. Follow all the Indian Football LIVE Updates only on InsideSport.IN

The players along with the Head Coach and the staff assemble in Pune on March 10, with practice starting from next day onwards. The players whose clubs would be playing in the semi-finals of the ongoing Indian Super League will be joining the camp as and when their club commitments end.

Looking ahead to the preparatory camp, head coach Igor Stimac felt “playing against better teams is the best way to improve our own game.”

“The two International Friendlies are part of our preparations for the 3rd round of qualifiers, and we need to show some resilience and creativity,” he averred. “The two matches should enable our players to mature and gain more experience against stronger sides. But for all of them, it’s the start of the competition to gain that coveted place in the starting line-up for the June qualifiers.”

“I have been watching every single game and admiring the boys for giving everything they have for their clubs,” Stimac expressed. “It’s been terrible for everyone involved since the pandemic started, but the job needs to be done. At the same time, we need to commend the super organisational capabilities of the two Leagues being held simultaneously under current circumstances – that too when footballing activities all over have stumbled a bit.”

India will be playing the final round of the AFC Asian Cup China 2023 qualifying matches in Kolkata from June 8 onwards. India have been clubbed in Group D along with Hong Kong, Afghanistan and Cambodia. 24 teams have been divided into six groups and the group winners, and the five best 2nd placed teams will earn a ticket to the Asian Cup in China.

Here’s the list of players picked by Igor Stimac