F1 Canadian GP Live: When and where to watch Canadian GP 2022 Live Broadcast in your country, India

The 24-year-old Dutchman, who will start his 150th Formula One race on Sunday, clocked a best lap time of one minute and 14.127 seconds in the second session, having been quickest in the opening period earlier, to beat Ferrari’s Charles Leclerc by 0.081 seconds.

Carlos Sainz was third-quickest in the second Ferrari ahead of resurgent four-time champion Sebastian Vettel of Aston Martin and two-time champion Fernando Alonso of Alpine.

Hamilton appeared to be unhappy with the experimental set-up of his car and complained it was “undriveable” on a weekend when the team’s chief technical officer James Allison was at the track to help Mercedes recover from a disappointing start to the season.

Blighted by performance problems, notably with “porpoising” and bouncing, the team had chosen to try some radical set-up ideas in a bid to solve their problems. 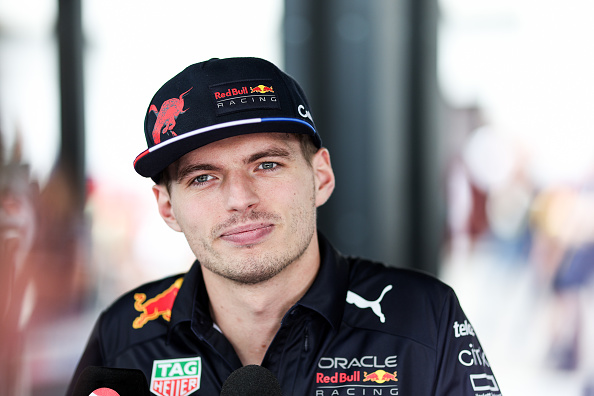 The session began in dry conditions with an air temperature of 27 degrees as the cars poured out of the pit lane, all bar the two Mercedes drivers quickly joining the fray.

Hamilton and Russell were seen in discussions with their team at the back of the pits while the floor of Hamilton’s car was being changed.

Verstappen almost immediately went top of the times in 1:15.618 to outpace Red Bull team-mate Perez by eight-tenths, an early riposte to the Mexican’s recent claims that he is bidding to win the title this year.

Running on mediums, the Dutchman was demonstrating his pace before Alonso rose to third, on softs, and Leclerc to second, also on softs, in a busy start to the session.

The earlier opening session had seen notably less evidence of the notorious bouncing that had plagued many teams and drivers at last weekend’s Azerbaijan Grand Prix, but it had clearly not gone away.

Following the FIA’s statement of intent on Thursday to intervene in a bid to remove the phenomenon from the sport, on safety and medical grounds, and to protect the drivers, there had been fevered paddock debate, but little else.

Russell had compared the plans as little more than “using a sticking plaster”, Hamilton had welcomed quick action and Verstappen had rejected the idea of any mid-season change to the rules.

Sainz complained of heavy bouncing in his Ferrari on the straight shortly before team-mate Leclerc improved to within two-tenths of Verstappen before the Dutchman extended his advantage to half a second.

F1 Canadian GP: Timings of Practice, Qualifying, Race, Live Streaming and All you need to know – Check Out

Perez, whose surge of form and results since winning in Monaco has lifted him into contention, was unable to find the speed to match Verstappen and struggled with his set-up.

Having out-qualified him at both the Monaco and Azerbaijan events, the Mexican was hoping to keep the upper hand in pursuit of his second win of the season.

Leclerc, however, appeared to have found his groove and closed within 0.081 seconds of Verstappen’s 1:14.127 lap in his Ferrari, powered by a rebuilt engine following the failure of his unit in Baku.

Verstappen looked to be in supreme form and control.

Told by his team to expect heavy rain arriving, around 10 minutes after the session, he was succinct in replying, “that’s lovely”.