Overwatch: Former streamer and coach Jayne goes missing in Alberta, Canada, xQc, Adept, and others react – Former Overwatch creator and coach, Justin ‘Jayne’ Conroy, has reportedly been missing since June 20, 2022. He was last seen near his residence at Airdrie in Alberta, Canada, where he allegedly went missing around 2 am. Canadian police officials have posted on social media, requesting everybody to keep an eye out and assist them in their quest to find the Overwatch coach. For more such updates, keep following InsideSport.IN.

The news has left the Overwatch community deeply shocked, and everybody shared their thoughts and good wishes for Conroy’s family.

According to the official post made by the RMCP Alberta, Conroy was last seen on June 20, 2022. The former Overwatch coach was last spotted leaving his residence in Airdrie around 2 am local time, and has not been seen since.

The official alert describes Conroy as a red-haired, bearded man, who is over 6 feet 2 inches tall. According to sources, the Overwatch creator was last spotted wearing “a hoodie and sweatpants, both light in color, and white shoes with blue stripes on them.”

The Airdrie RMCP has requested locals to keep an eye out for the 29 year old man, and inform the police department whenever they come across anybody fitting the description.

News of Jayne’s disappearance sends ripples through the gaming community

Jayne going missing has sent the Overwatch community into a state of shock, as many prominent creators within the community have used their platforms to amplify the news and spread awareness regarding the same.

Former Overwatch pro, Felix ‘xQc’ Lengyel, and his partner, Adept, have taken to their social media accounts to share the news and voice their concern for their friend and colleague’s safety and well-being.

RETWEETING TO BOOST THIS SOMEHOW. FIND MY BOY JAYNE, WTF IS HAPPENING MAN. IF YOU LIVE IN THE AREA PLEASE BE AWARE. THANKS. I HOPE HES DOING OK https://t.co/aZcvOHxlA5

Jayne is a former coach to Team Canada’s overwatch team, he created content on Twitch and Youtube. He was last seen leaving his home on foot. I included some pictures from google of Justin aka “Jayne” with his beard as it’s believed he should currently have one. pic.twitter.com/JvUJ0RpSkz

Other popular esports personalities such as Jake Lucky have also taken to twitter to amplify the news as much as possible.

This is Jayne, former Overwatch content creator and OWL coach. He has been missing since earlier this week. Please spread awareness https://t.co/ED45u5klDi

If you guys have any info on Jayne or live around the area please call that number!!!

I may not have had the best personal relationship or experiences with Jayne but I wouldn’t wish this on him or his family. https://t.co/Ux9kI0umWQ

Please keep an eye out if you are in this general area – if any of you has had contact with jayne recently or any idea where he could be, please go through the appropriate channels to help!

So far, there is no update regarding Jayne’s whereabouts. However, fans can be sure that they will receive an update as soon as there is one.

Also Read: MrBeast YouTube: MrBeast reveals how a robber stole everything from him at the beginning of his career 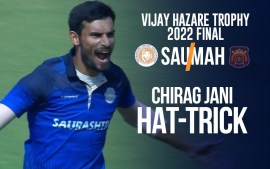