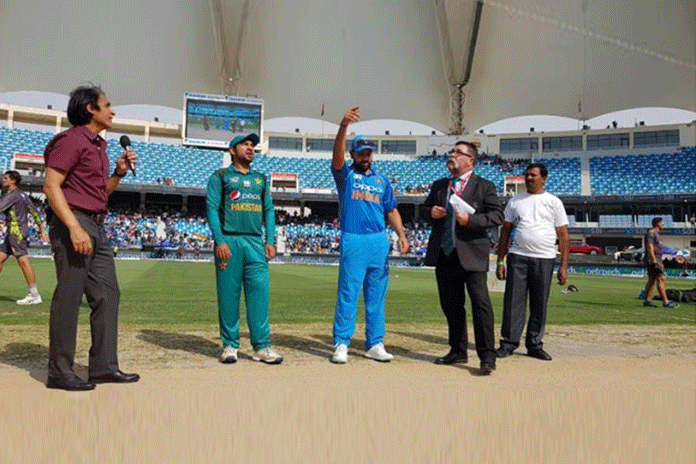 A desperate Pakistan Cricket Board (PCB) has reportedly mooted an India-Pakistan Test series in Dubai sometime next year.

This comes as a surprise when the Board of Control for Cricket in India (BCCI) is gearing up for the legal battle with the PCB, which has filed a compensation claim against the Indian cricket board for “ not honouring the Memorandum of Understanding (MoU) for bilateral series signed by and between the two cricket board.”

The BCCI has maintained that the MoU was not binding upon the Indian board even as the PCB has reached the International Cricket Council with its compensation case against India.

BCCI’s response is awaited. PCB Chairman Ehsan Mani has reportedly stated that cricket and politics are two different things, “as even during the Kargil war time India and Pakistan played cricket and the two boards didn’t stop the dialogue process”.

However, Mani’s words do not exude confidence amid the prevailing tense situation at the Indo-Pak border that has escalated in the past few weeks. The meeting between the foreign ministers of two countries scheduled this week in US was called off after an Indian BSF jawan was killed and his body mutilated.

Imran Khan’s irresponsible tweet after India has called off the meeting has further heightened the tension. Mani is well aware the situation will damage the prospects of an India-Pakistan bilateral season, which the cash-crunched PCB badly needs to overcome its financial woes. “Disappointed at the arrogant & negative response by India to my call for resumption of the peace dialogue. However, all my life I have come across small men occupying big offices who do not have the vision to see the larger picture,” Khan said in his tweet.

A desperate Mani said that Imran’s recent tweet about the situation shouldn’t be taken in isolation.

Mani has also said that the International Cricket Council has assured that India and Pakistan would play against each other during the second cycle of the upcoming World Test championship. “I met the Indian board officials on the sidelines of the ACC meetings and we had a productive discussion,” he said.

“The Test Championship is apparently in two cycles. For the 2019-21 cycle, they have already made their calendar. But I’m assured by the ICC that in the second cycle from 2021-2023, Pakistan and India are scheduled to play each other,” the PCB chairman said.

However the Indian and Pakistan bilateral series proposed by the PCB will not be part of the Test Championship cycle.

About Imran’s tweet, he said: “As far as Imran Khan’s tweet is concerned, India had also given a statement, it was a reaction to that. Cricket boards have to work towards playing cricket, they shouldn’t get into politics, that’s what we’re talking with our Indian counterparts. There’s some bridge building to do, hopefully we will be able to make some ground because the relations haven’t been great.”

Khan’s tweet followed after the Indian government cancelled a meeting of foreign ministers of the two countries on the sidelines of United National General Assembly (UNGA) in New York, citing terrorism and the release of postage stamps glorifying Hizbul Mujahideen commander Burhan Wani.

The BCCI and the PCB meanwhile will fight before the ICC dispute resolution panel from October 1 over Pakistan board’s compensation claim of approx ₹447 crore from its Indian counterpart for ‘dishonoring’ a MoU signed in 2014 which guarantees six bilateral series between 2015 and 2023.

The BCCI has asserted that the MoU is not binding on them and the PCB has failed to honour some of the commitments made in the document.

The Indian cricket body has also hired a Dubai-based law firm Herbert Smith Freehills along with a British lawyer QC Ian Mills to represent them in the hearing.

According to the Pakistan daily the Dawn, four PCB and BCCI officials have had an hour-long meeting in Dubai on the sidelines of the Asian Cricket Council meeting. The paper has reported that PCB Chairman Ehsan Mani along with his COO Shubhan Ahmad has met the BCCI Chief Executive Rahul Johri and officiating secretary Amitabh Chaudhary.

PCB officials, on the sidelines of the recently-concluded Asian Cricket Council (ACC) meeting amid the ongoing Asia Cup in UAE, have informally proposed for the India-Pakistan Test series in Dubai next year. None of the boards have revealed the details of the meeting.