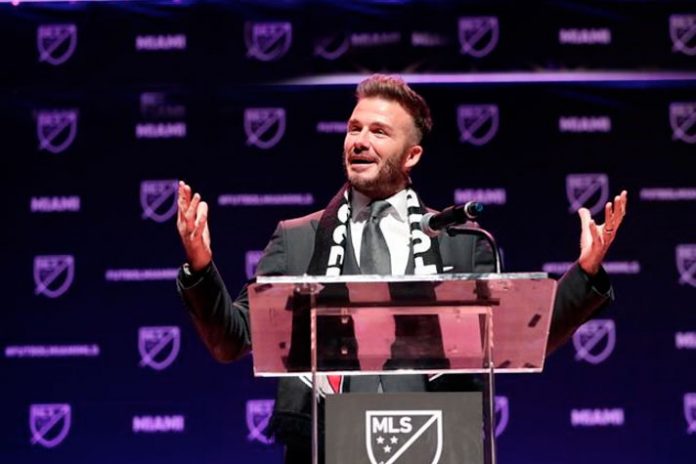 The David Beckham-led investment group, Miami Beckham United, which is behind the Major League Soccer (MLS) expansion franchise in Miami will make a presentation regarding a new stadium plan next week to the Miami officials.

The city commissioners will meet on July 12 to consider sending the question to voters of whether Miami should change its laws to accept a no-bid deal that would lead to the development of a stadium at a golf course next to Miami International Airport, states a Miami Herald report.

In November, Miami voters could agree to let the city lease more than half of its only city-owned golf course to David Beckham and his partners to build a privately-owned football complex with a 28,000-seater stadium, one million square feet of tech-related office space and 500 to 800 hotel rooms.

Beckham and his partners, who include local business giants Jorge and Jose Mas, want to turn Melreese golf course into a 73-acre football, commercial and hotel complex and a 58-acre park, the Florida based newspaper has reported.

The complex would be privately funded under the terms of a 39-year lease, which could be extended up to 99 years. The city would receive annual rent of about US$4-5 million. The owners would pay taxes on the re-zoned park land, which does not currently contribute to the tax rolls. The stadium project also includes a commitment to develop a 58-acre public park on the site.

The latest move confirms that Beckham and his business partners are no longer considering the land they own in the Overtown area of Miami for a new stadium.

The Melreese proposal, according to media reports, is already shadowed in controversy and has drawn flak from the city residents who believe that the area should remain a golf course.

It has been widely reported the new franchise will begin to play in 2020 in a temporary site until their new stadium is developed. MLS Commissioner Don Garber had earlier said that Miami team would play in a privately developed, 25,000-seat stadium in the city’s Overtown district.

For the past four years, Beckham’s group has faced local opposition to various stadium sites they proposed, and have suffered setbacks in the face of Miami’s challenging real estate environment. The group has previously lost out on stadium sites in PortMiami, downtown Miami, and another near Marlins Park in Little Havana.