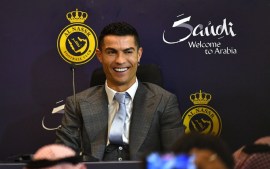 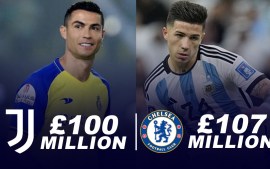 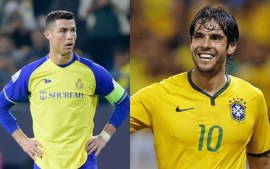 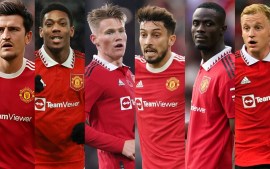 Cristiano Ronaldo: Saudi Debut: The moment that so many people were waiting for has finally come. Cristiano Ronaldo made the switch to Saudi Arabia, after his antics at Manchester United. He took part in their friendly game against PSG but was yet to make his competitive debut for Al-Nassr. That occasion finally came against Ettifaq in the Saudi League on Sunday. Follow all Football LIVE Updates on InsideSport.IN

Even though Ronaldo’s team won their game on his debut, CR7 would be a tad bit frustrated with his own display. His debut had a couple of comedy of errors. Starting from jogging out onto the wrong half of the pitch for the warm-up, to losing the ball with his first two touches after kick-off. The icing on the cake was that he wasn’t able to manage a shot on target.

The atmosphere created by the fans was immense to Al-Nassr bagging all the three points. They kept chanting Ronaldo’s name and also kept shouting ‘SUIIIII’ long before the game even began. The fans also had flares set off and created an intimidating atmosphere for Ettifaq players.

One part of the stadium held up squares which collectively read ‘Vamos’, which is Spanish for ‘come on’. The fans also performed a ‘SUIII’ thunderclap chant to cheer their legend on. Even though he starred in the friendly against PSG, scoring 2 goals, his output was quite dim in this clash. Fans though were excited nonetheless. One fan came all the way from Egypt to watch Ronaldo, while a couple of other fans had placards with praises for the Portuguese forward.

Even though his debut did not go as planned, Ronaldo will be looking to amp it up in his next couple of games. He will also never be short of opportunities in the Saudi League. Al-Nassr’s next game is on the 26th of January and it will be interesting to see how he fares.