Cristiano Ronaldo could join Lionel Messi, Brother of PSG owner posts cryptic tweet amid uncertain future- Even after Cristiano Ronaldo posted on his Instagram about his future, there have been talks related to the Portuguese superstar about a possible transfer. The 5x Balon d’Or winner has been linked to a move to either PSG or Manchester City. Since getting Harry Kane seems highly unlikely for Manchester City now that we are a few days away from the Premier League transfer deadline, Pep Guardiola will shift his attention to Cristiano Ronaldo.

Nasser Al-Khelaifi is rumored to make a move and sign Cristiano Ronaldo next season if Mbappe leaves the Ligue 1 giants. The Portuguese forward’s €30m-a-year contract runs out next summer and Juventus risk losing him for nothing in 2022 unless they sell the forward this summer or offer him a new deal. The 36-year-old attacker is expected to leave the Serie A side for free with the Khelaifi already said to make plans of approaching the Juventus star.

This tweet was made by Khalifa Bin Hamad Al-Thani – brother of PSG owner Tamim bin Hamad Al Than.

Friday.. They will make another offer. Let’s see how it goes

If you agree to the specified price.. contact us..

Or complete the season with the golfer

Khalifa Bin Hamad Al-Thani had provided important updates on PSG’s chase for Messi and fans were quick to lap up the Qatari’s tweet, with the notion of Messi and Ronaldo linking up the stuff of dreams for supporters.

Mauricio Pochettino’s side signed Gianluigi Donnarumma, Sergio Ramos, and Georginio Wijnaldum on free transfers, while Achraf Hakimi has joined from Inter for £60million. 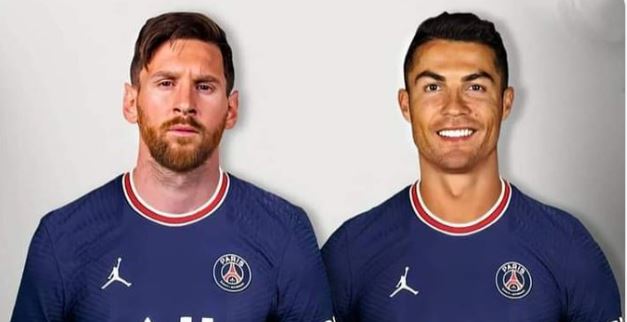 Cristiano Ronaldo Transfer Updates: Manchester City is not interested either

Cristiano Ronaldo’s ex-club’s rivals- Manchester City has NOT had any approach for Ronaldo as their main target this summer has always been Harry Kane and Manchester City are not giving up. They have made a 150m bid for the English forward but the Spurs are keen to hold onto Harry Kane after they beat Manchester City 1-0 in the opening game week of the 2021-22 Premier League season.

Cristiano Ronaldo situation. Juventus always stated they have not received any bid, as of now. 🇵🇹 #CR7

PSG are not interested in signing Ronaldo and they plan to keep Mbappé.