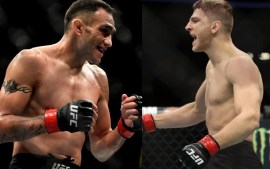 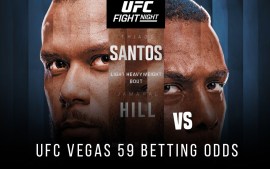 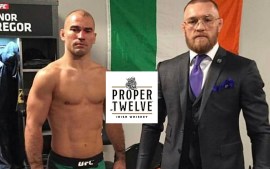 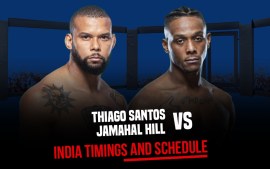 Conor McGregor: Jorge Masvidal ‘s callout on the Mystic mac resulted in a Twitter duel that might lead to a potential match…

Conor McGregor: Jorge Masvidal ‘s callout on the Mystic mac resulted in a Twitter duel that might lead to a potential match with the birth apex fighters. Follow UFC Live Updates and UFC news with InsideSport.IN

Conor McGregor and Jorge Masvidal’s Twitter clash: It all started when The Gamebred was looking for a potential match-up with McGregor like all other aspiring fighters.

But more than anybody, Masvidal needs this to stay up in the division. The Street Jesus kept lobbying around, poking Conor for a fight on his comeback. However, The Trash talk king, never lets anyone easy on his way when you knock on his door.

“Conor doesn’t want the fight,” Masvidal told MMA Fighting’s Damon Martin. “If he did he’d post something, he’d say something. He’d probably just insult my mom or some relative of mine or my nation where I come from. He’ll say something like that but he won’t say anything about a fight or a fight date. So the Conor thing, he just wants it ‘I hope it goes away’ because he really doesn’t want to fight. He doesn’t mention [me] or say anything.

“I think the only thing that makes him want to get out of bed is cocaine. That’s OK, every man has a free will. You do whatever you want. But don’t say you’re a fighter and don’t take cheap shots at me, especially the things that he’s been saying, talking about my legal problems and this and that,” Masvidal continued.

“You’re a f****** p****. We could do it man-to-man in the cage and just once and for all and get paid a handsome reward while doing it. So if this individual doesn’t want to do it, [because] he knows what’s going to happen.”

A fight with any top contender in the welterweight division would fetch a quick climb for Masvidal. He previously challenged the pound-to-pound number one fighter, Kamaru Usman, and suffered a critical loss.

Mcgregor had been out of the fight game for a long time, and he announced his return with a spectacular transformation and training videos.

While McGregor’s comeback was anticipated as one of the historic comebacks in UFC history, his potential opponents were lined up as Nate Diaz.

UFC president Dana White has recently mentioned that the Notorious will make his comeback by the end of 2022 or early of 2023. 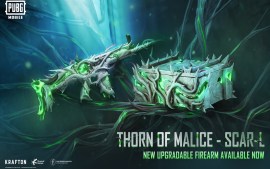