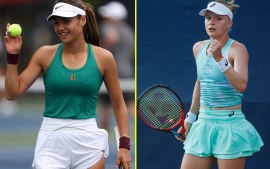 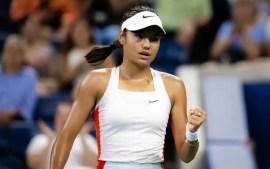 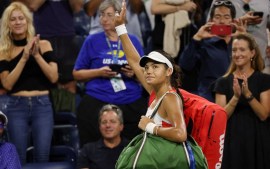 Cincinnati Masters Tennis LIVE – Emma Raducanu vs Serena Williams: Reigning US Open champion Emma Raducanu defeated Serena Williams in completely one sided contest at Western & Southern Open. Raducanu won the 1st set by 6-4. The second was a complete domination by the British teenager. Raducanu was absolutely at her best as she thrashed Williams by 6-0. Unable to control her emotions, Williams was seen sobbing between the games: Follow Western & Southern Open LIVE on InsideSport.IN

Wow, that was really, really good from Emma Raducanu.

Serena, who turns 41 next month, revealed last week she is preparing to “evolve away from tennis”. Williams is on her SWANGSONG and the era of tennis will end at the forthcoming US Open. The 23-time Grand Slam champion would all it quits.

Cincinnati Masters Tennis LIVE: Kyrgios vs Fokina LIVE – Nick Kyrgios has defeated Alejandro Davidovich Fokina in straight sets in the first round of the Cincinnati Masters on Tuesday. Kyrgios looked at his dominating best in the contest as he won it quite easily as the scores read 7-5, 6-4.  With this victory, Kyrgios has improved his record in first-round matches this year to 11-0.

Kyrgios, who reached his sole ATP Masters 1000 final in Cincinnati in 2017, struggled for consistency at times during his 90-minute win, but he was clinical in converting three of four break points during his maiden ATP Head2Head clash against Davidovich Fokina.

“He’s a tricky player, he’s so talented, he’s got so many shots at his disposal,” said Kyrgios after the match. “So I knew that I just had to serve well and then dictate as much as I can. His backhand is incredible. It was a tricky match.”

Kyrgios had enjoyed a nine-match winning streak prior to his defeat last week to Hubert Hurkacz in the Montreal quarter-finals. The Australian was happy to immediately return to winning ways, despite having to make some adjustments in his first match in Cincinnati since 2019.

“The conditions are a lot different here to Montreal,” said Kyrgios. “It’s more lively, harder to hit the ball in, but I responded well and returned well today. Hopefully I can keep it going.”

The 27-year-old Kyrgios lifted his seventh ATP Tour title in Washington nine days ago. The Australian did not lose his serve once that week in the U.S. capital, and he will face another player with a big delivery in the second round in Cincinnati: 11th seed Taylor Fritz. The American cruised to a 6-1, 6-1 first-round win against Sebastian Baez. 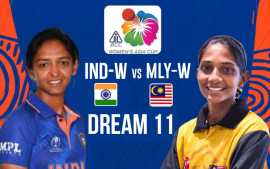 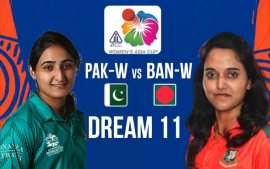 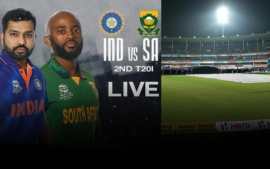