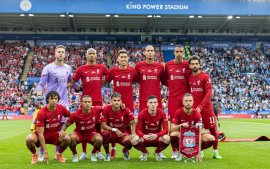 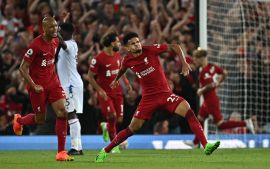 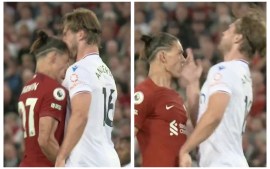 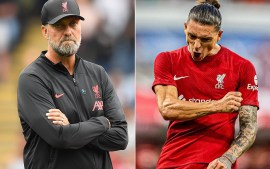 By  Shallon Lewis May 4

Champions League Semi-Final – Liverpool beat Villarreal Highlights: Liverpool overcame a spirited Villarreal performance to book their spot in the Champions League final with a 3-2 away win, netting three second-half goals after seeing their first-leg lead wiped out in Spain. Follow InsideSport.IN for the latest sports news and updates

Sadio Mane raced clear to round Rulli and roll home a late third to make the result safe before Etienne Capoue was sent off late on, keeping the Reds on course to cap an incredible season by winning four major trophies.

Liverpool book their place in the final! 🎉

A game of two halves. What a performance by Villarreal, what a comeback by the Reds 👏

After failing to record a single shot on target at Anfield, the Yellow Submarine needed just three minutes to open the scoring, Dia tapping home after Capoue turned Pervis Estupinan’s delivery across goal.

Gerard Moreno saw a close-range header blocked as the visitors produced a dreadful first-half performance, and the Reds’ advantage, which looked to be decisive prior to kick-off, was wiped out when Coquelin sparked wild scenes by heading Capoue’s cross into the top-left corner.

Trent Alexander-Arnold struck the top of the crossbar with a deflected effort as Liverpool improved after the break, before Fabinho drilled a low shot through the legs of Rulli to restore the visitors’ aggregate lead after 62 minutes.

Diaz went close to bending home a superb second moments later, but was on hand to nod home Alexander-Arnold’s cross after 67 minutes and put the Reds back in full command of the tie.

The tie was settled once and for all when Mane took advantage of another Rulli error after 74 minutes, rounding the keeper well outside his area before rolling home to secure Liverpool’s progress, with Capoue then dismissed for a second yellow card after fouling Curtis Jones.

Liverpool’s dreadful first-half display saw their aggregate lead vanish and left their hopes of competing for an incredible quadruple in the balance, but three goals in 12 minutes booked their spot in the final at the end of a remarkable contest.

By rounding Rulli to put the tie beyond all doubt, Mane netted his 15th goal in the Champions League knockout stages for Liverpool.

As a result, he equalled Frank Lampard’s record for the most such goals netted for an English club, and will be desperate to edge ahead of the former Chelsea man when he features in the final.

Klopp’s Liverpool may have evolved from the swashbuckling, heavy-metal side that lost the Champions League final to Real Madrid in 2018, but the Reds put on a clinical attacking display after the break to blow the Yellow Submarine out of the water.

Liverpool have now scored 139 goals in 57 games in all competitions this season, the highest such tally in their history.

Liverpool’s quadruple charge continues on Saturday when they host Tottenham in the Premier League. The following day, Villarreal host Sevilla in LaLiga as the Yellow Submarine look to make a late surge towards the European qualification places. 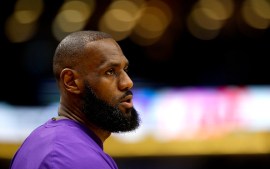