BGIS SEMIFINALS STANDINGS: Today we have witnessed the last day of the Battlegrounds Mobile India Series SemiFinals. A total of 6 matches have been taken place today where each team played their last 4 matches of the Semifinals. After today’s battle Team XO finishes at the top spot of the leaderboard of BGIS Semifinals. Skylightz Gaming, who was leading till the last day stepped down to second place. Fan Favorite Godlike Esports have shown a dominant performance throughout the semifinals. They finished at the third place where they secured the highest number of kills in semis. The team has secured a total of 100 finishes in the semis. Here is a detailed summary of the BGIS Semifinals Day 4.

Match 4 of the last day has been played in Sanhok. And this match has won by Enigma Gaming. The second spot was taken by Revenant Esports and R Esports got third place. Reckoning Esports again got the chicken dinner on the fifth match of the day. The second spot has been taken by Team XO with 12 finishes. The last match of Battlegrounds Mobile India Series 2021 Semi-Finals Day 4 has taken place in Erangel once again. R Esports got the Winner Winner Chicken Dinner this time with 8 finishes.

The standings of the last day of the semi-finals have been given below. 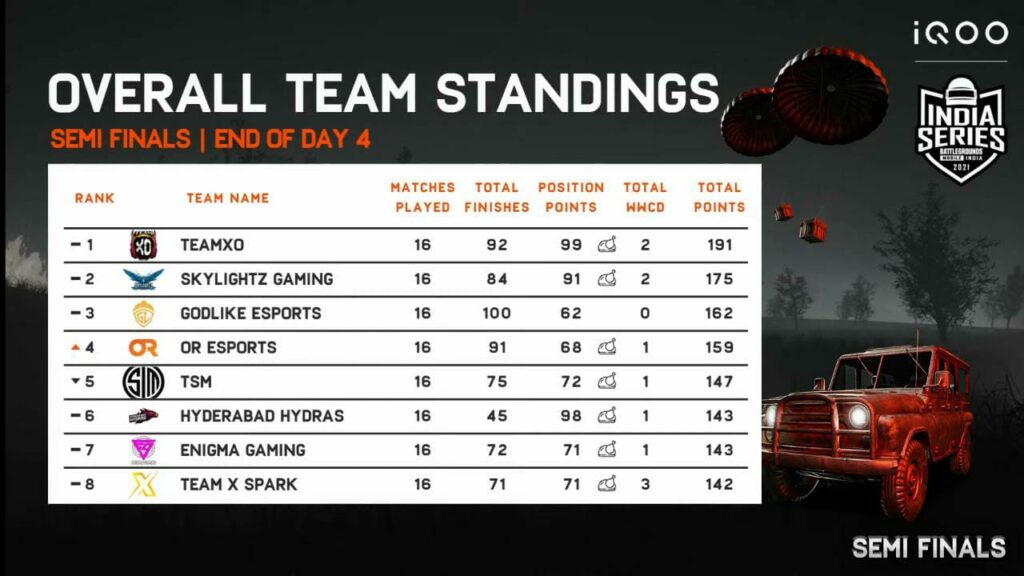 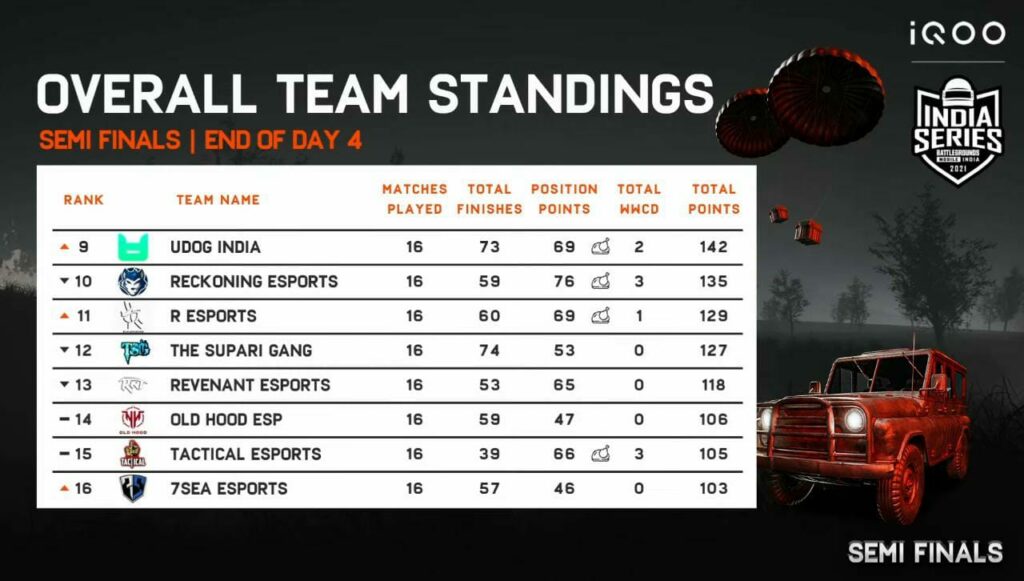 Ballon d’Or 2022: The prestigious Ballon d’Or ceremony to be held in Paris on October 17, Nominees will be announced on August 12