Australian Open LIVE Results – Medvedev in SemiFinals: 2021 US Open Champion Daniil Medvedev pulled off one of the finest comebacks in Australian Open history as he came back from two sets down to clinch a win over Felix Auger-Aliassime. The second Russian clinched a 6-7, 3-6, 7-6, 7-5, 6-4 win over the ninth seed Canadian to book her place in the semi-finals. Follow AO2022 LIVE Updates & Medvedev vs Aliassime HIGHLIGHTS on InsideSport.IN

Medvedev in SemiFinals – Medvedev wins Aliassime ‘DOG-FIGHT’ Top seed Daniil Medvedev battled back from two sets down and saved a match point against Canada’s Felix Auger-Aliassime to reach the Australian Open semi-finals with a 6-7(4) 3-6 7-6(2) 7-5 6-4 victory on Wednesday.

The 25-year-old Russian had his back firmly up against the wall for much of an absorbing contest as Auger-Aliassime produced some stunning tennis on Rod Laver Arena.

But he simply refused to lie down as he overturned a two-set deficit for only the second time in his career to set up a Friday semi-final against Greek Stefanos Tsitsipas.
Ninth seed Auger-Aliassime, 21, was the dominant player in the first set and despite a wobble when serving at 6-5 he won a tiebreak courtesy of some uncharacteristic Medvedev errors.

Medvedev wins Aliassime ‘DOG-FIGHT’ Auger-Aliassime cruised through the second set against a subdued Medvedev to move to within a set of a first career win against the Russian and a second Grand Slam semi-final.

Medvedev was hanging on towards the end of the third set as Auger-Aliassime sensed victory but managed to close out a tiebreak after a shower caused the roof to be closed.
Auger-Aliassime had a match point in the 10th game of the fourth set after a Medvedev double-fault but the Russian responded with huge serving to stay alive.

Medvedev then broke serve in the next game and held his own to extend the match into a decider — finally seizing the initiative with an early break as the match entered its fifth hour.

Auger-Aliassime had one last chance when he earned a break back point trailing 4-3 but Medvedev snatched away the opportunity with a timely ace.

Medvedev in SemiFinals: Serving for the match, Medvedev showed some cracks in his armour as he went down 15-40, but rattled off four consecutive points to claim victory after four hours and 42 minutes.

🇷🇺 @DaniilMedwed takes the fourth set against Auger-Aliassime 7-5 to send this quarterfinal into a decider.#AusOpen • #AO2022 pic.twitter.com/bAL50u2peU

Man on a mission.

🇷🇺 @DaniilMedwed gets one back on Auger-Aliassime, taking the third set 7-6(2).#AusOpen • #AO2022 pic.twitter.com/fCGC2aDLqe

🇨🇦 @felixtennis takes a two-sets-to-love lead against the world No.2 in Daniil Medvedev, clinching it 6-3.#AusOpen • #AO2022 pic.twitter.com/0ZDPu2rP2B

The goal here is to reach his second Grand Slam semifinal 🔥@felixtennis is putting in work ahead of his match against Medvedev this evening 💪#AusOpen | #AO2022 pic.twitter.com/nGGWaJdhiK 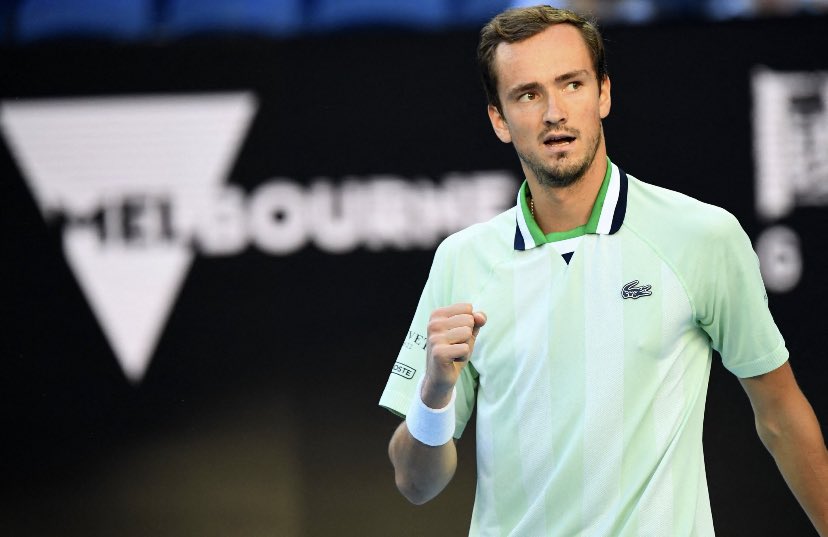 Medvedev vs Auger-Aliassime Head-to-Head: Both the players have met three times in the past with Medvedev winning all the three matches. Their most recent outing came during the semi-finals of the ATP Cup and Medvedev won the game 6-4, 6-0.

Where to watch Australian Open LIVE streaming? The AO2022 will be streamed live on Sony Sports Network– SONY SIX or SONY LIV app in India.