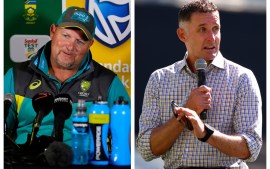 AUS beat ENG – Ashes 2021 Adelaide Test – Jhye Richardson scalped five wickets in the second innings as Australia defeated England by 275 runs in the second Ashes Test here at the Adelaide Oval on Monday. With this win, Australia has gained a 2-0 lead in the five-match series. The Boxing Day Test will begin on December 26 at the Melbourne Cricket Ground (MCG). Follow InsideSport.IN for more Ashes 2021 updates

Resuming the final session on Day 5 at 180/8, England was given a body blow almost immediately as Jhye Richardson dismissed Jos Buttler (26). The Three Lions’ wicketkeeper’s 207-ball stay came to an unfortunate end as he was hit wicket.

The final wicket of James Anderson (2) was taken by Richardson and Australia registered an emphatic win in the second Test.

Earlier, at tea on Day 5, England’s score read 180/8 with the visitors still needing 288 more runs to win. In the second session on Monday, Australia picked two wickets to move closer to victory. Chris Woakes was dismissed by Jhye Richardson while Ollie Robinson was removed at the cusp of the Tea.

At the dinner break, England’s score reads 142/6 with Buttler (16*) and Woakes (28*) still on the crease. England need 326 runs to win while Australia require four wickets for victory. Resuming Day Five, England got off to a bad start that only worsened with time before Buttler and Woakes fought back.

A big 275-run win for Australia gives them a two-nil lead in the #Ashes series as the teams head to Melbourne.

What a way to end an epic innings! 😲

A lot of goodwill between the sides 🙏

Is Joe Root fighting for his job as England captain?

What’s day five got in store for us?#Ashes | #WTC23 pic.twitter.com/3ggXwcoeWx

Mitch Starc will be key today as the Aussies hunt a 2-0 lead, and @rickyponting has taken a closer look at why he’s been so effective in this Test, particularly with the old cherry#Ashes | @hcltech pic.twitter.com/h99YsyOQ9Z

After a shaky start with the bat on Day 4 which saw three quick wickets, Travis Head and Marnus Labuschagne kicked Australia into gear before Jhye Richardson & Mitchell Starc brought England on knees making it a perfect day for the hosts.

Australia is in the driver’s seat especially with England skipper Joe Root’s wicket falling on the last ball of Day 4’s play. They will be looking to wrap up things as quickly as possible and as Jhye Richardson said that pitch has spiced up, England faces an uphill task.

The tourists will be hoping for another Ben Stokes’s Headingley heroics. While a victory looks improbable with 386 runs required, England has Ben Stokes, Ollie Pope, Jos Buttler, and a couple more batters to stand a chance to end it in a draw.

However, looking at Australia’s 100 % win record in the pink-ball Test and the current situation of the ongoing Test, it’s highly unlikely England could deny Australia going two-nil up in the Ashes 2021. 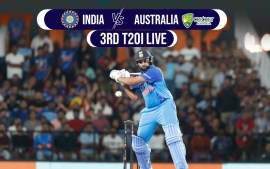 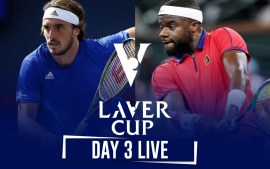 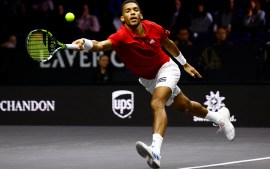