Asia Cup Hockey – India vs Pakistan LIVE: Pakistan managed to score a late equaliser as they held India to a 1-1…

Asia Cup Hockey – India vs Pakistan LIVE: Pakistan managed to score a late equaliser as they held India to a 1-1 draw in their opening fixture at the Asia Cup on Monday. The arch-rivals now share points after their first match in the group stage of the tournament. India will take on Japan in the second group match tomorrow, while Pakistan will face hosts Indonesia. Follow Asia Cup Hockey LIVE Updates & India vs Pakistan LIVE Updates with InsideSport.IN

Full-time! India made every effort in their first match against Pakistan, but they were tied at the end of Quarter 4. Looking forward to India’s more energetic approach.
🇮🇳 1-1 🇵🇰#IndiakaGame #HockeyIndia #HeroAsiaCup #INDvsPAK @CMO_Odisha @sports_odisha @IndiaSports @Media_SAI pic.twitter.com/1A2P3hfncB

Both the teams got off to a good start as the arch-rivals started putting pressure on each other immediately after the start of the match. Both the teams got two penalty corner opportunities early on but failed to convert those chances. However in the eighth minute, India’s 20-year old Selva Karthi converted a penalty corner opportunity into a goal on his senior India debut to help the men in blue lead 1-0 in the first half.

Pakistan continued to penetrate into the Indian half and had several opportunities to score but good work from India’s goalkeeper helped India maintain their lead as the teams went into the first-half break.

In the fourth set too India managed to keep Pakistan on the backfoot but Pakistan finally scored in the last quarter with Abdul Rana finding the net through a rebound off the Indian keeper after a penalty corner. India then had another opportunity with just 10 seconds left in the clock but Simranjeet Singh squandered the chance by hitting wide.

In the end Pakistan managed to hold on to end the game on a draw. Pakistan’s goalkeeper Akmal Hussain who was declared player of the match.

Both India and Pakistan have been drawn in Pool A, which also has Japan and hosts Indonesia.

Bangladesh, Malaysia, Oman and South Korea are in Pool B.

In the 2017 edition too, India, Japan and Pakistan were in Pool A along with Bangladesh. Then, India remained undefeated to win their third title.

The final is scheduled to be held on June 1. The Asian Hockey Federation released the schedule for the eight-team tournament on Tuesday.

South Korea, the winners in 1994, 1999, 2009 and 2013, are the most successful team in the tournament. But India remain the most consistent side in the history of Asia Cup hockey, having played in all but two finals.

All the matches will be played at Gelora Bung Karno Sports Complex, Gelora, Central Jakarta, Indonesia. 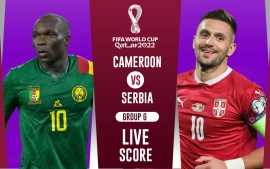 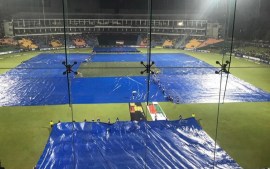 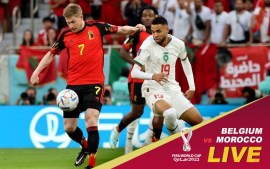