On the recent episode of Monday Night Raw, Bobby Lashley interrupted Theory’s pose down on Raw, calling for a title shot. At first, the United States Champion refused, but later on, put a stipulation for Lashley to compete in a Gauntlet match in order to earn his title shot.

Later, the All-Mighty competed in a Gauntlet match featuring Chad Gable and Otis from Alpha Academy, followed by Theory. Chad Gable entered first to face Lashley, who put on a great fight but failed to defeat him. Eventually, Laskey made him tap out with a hurt lock. Further, Otis fought Lashley, who got pinned after receiving a spear.

In the end, the United States Champion Theory stepped in to end the match attacking Lashley, however, the former WWE Champion tricked him and pinned Theory with a roll-up pinfall winning his title shot for the United States Title at Money in the Bank.

WWE Money in the Bank: Can Theory defend his US title against Bobby Lashley?

Theory is one of the top young male superstars on the main roster. Being Vince McMahon’s protege, he accomplished huge milestones in WWE, becoming the youngest United States Champion in WWE history. Although he successfully defended his title against Mustafa Ali earlier at Hell in a Cell, it won’t be an easy task for him to defend his title against Bobby Lashley. 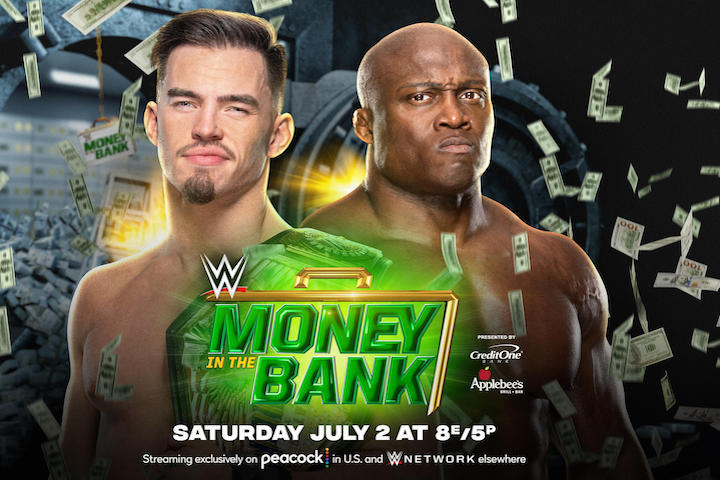 Bobby Lashley is a 2-time WWE Champion who decimated superstars like Brock Lesnar, Omos, and others earlier. Being a strong competitor, it is likely that Theory will try to play cheap tricks to retain his US title. However, Bobby Lashley won’t allow it to happen.

Both men will face each other at Money in the Bank for the United States Title match. Will Theory be able to defeat the All-Might Bobby Lashley? Tell us in the comments.