The former SmackDown Women’s Champion was written off-screen after suffering a scripted arm injury which led her some time off from WWE. But, as per the new reports, recent advertisements of WWE have featured her on the banners. Even WWE featured her in the SummerSlam Premium Live Event advertisements.

Give Dad the gift of a live experience! Get BOGO tickets to @WWE #SmackDown on Friday, August 12!

Even though PNC Arena has mentioned Charlotte Flair’s appearance, WWE could change things internally as it always does. But, there is a strong possibility for Charlotte Flair to appear on or before SummerSlam 2022.

The rivalry between Charlotte Flair and Ronda Rousey is pretty insane. Many WWE fans appreciated the way WWE booked both superstars in a long-time feud. It is possible that WWE might bring this feud back to life once again to end the chapter for the last time. 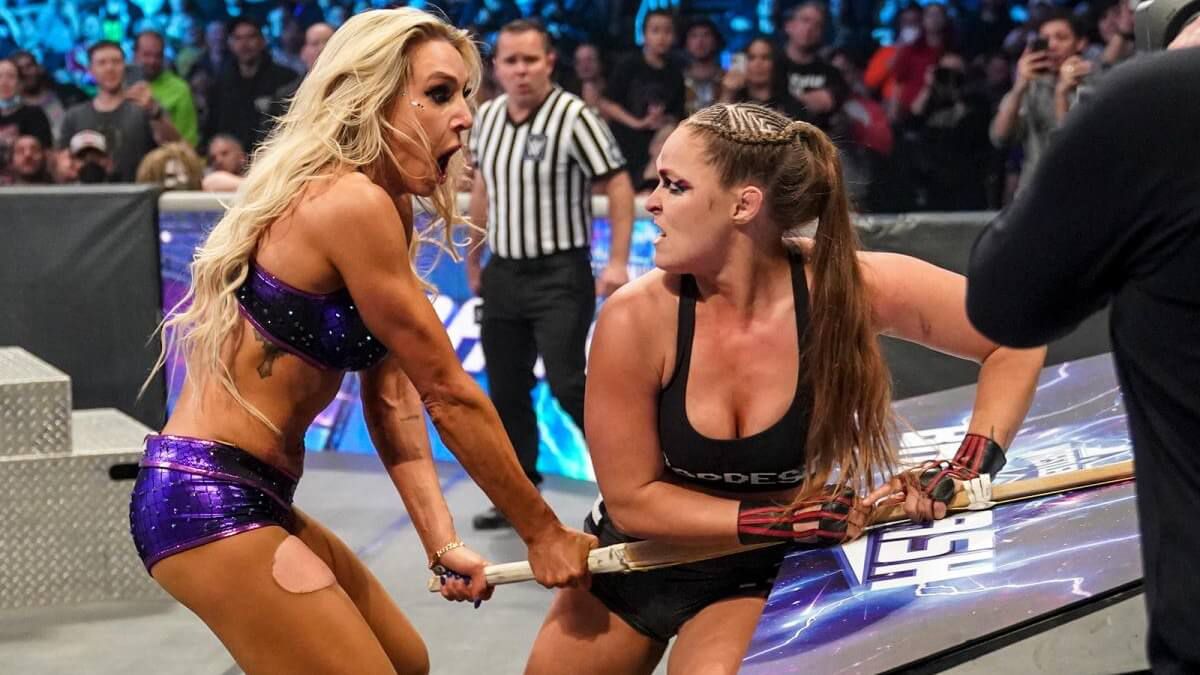 Charlotte and Ronda’s rivalry would benefit the company more in the same way as it works for Roman Reigns vs Brock Lesnar. Both women could sell any Premium Live Event easily if they set the stage for their title match once again. Their recent match at WrestleMania Backlash was highly anticipated where both superstars competed in an “I Quit” match.

It is a matter of time until WWE fans will see Charlotte Flair back in the ring. As of now, her husband Andrade El Idolo has returned to AEW and soon she will return to WWE too.