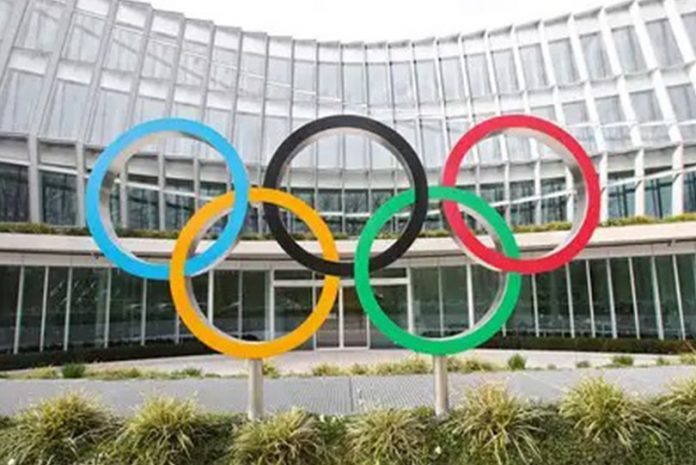 Next year’s Olympics will be “downsized,” “simplified,” or “very different.” Tokyo CEO Toshiro Muto has been open about slashing costs and “reducing service levels.” Tokyo governor Yuriko Koike, in Thursday newscasts, sounded the same tune. “We will move ahead with the items that should be streamlined and simplified,” she said, giving no details on the downsizing.

The Japanese public is being prepared for the reality of next year’s postponed Olympics, where athletes are likely to face quarantines, less attendance in the stadiums & far lesser will be the tourists in Japan to be part of the Olympic jamboree. The reduction on all of these accounts will cost Japan billions of dollars in potential revenues.

According to the recent development and estimates – revenues from ticket sales will be the most impacted. Most of the sporting properties in the absence of vaccine for Covid19 are playing to the empty galleries. That is the norm most probably Tokyo Olympics has to follow. If the organizers are lucky than only some percentage of total capacity of the stadium will be allowed to be filled. Less spectators means – Less ticket sales and less revenues.

When the Games were deferred in March, 4.5 million tickets of the estimated 8 million tickets had already been sold. The organizing committee has budgeted income of at least $800-$900Mn from the ticket sales. Now only part of that revenue will be realized.

Olympic Tourists for Tokyo to be reduced considerably

The tourism influx that a country sees when it hosts the Olympics is unparalleled for any other event in the world. The entire business model for the host city of Olympics is constructed on the tourism inflow in the city / country. Billion of dollars of revenues are earned through the Olympic tourism and now that certainly will be impacted the most. Just sample this –

– Rio got 11 lakh tourists for the Games’ fortnight of which 4.1 lakh were foreigners.

– The UK economy grew by 1% because of this tourist influx for the Olympics.

One can estimate on its own, that how the world impacted by Covid19 will travel to Tokyo to be part of the postponed Olympics in 2021. The revenues via tourist influx in Japan during the Olympics will take a huge hit and that in result will hit the Japanese businesses who were banking on the boost in tourism during the mega-event.

The businesses in Japan were preparing themselves from last so many years to play a role of the provider during the Olympics which in turn will boost their sales and revenues. Be it the entertainment industry, hospitality, aviation or anyone else banking on the Tokyo Olympics will be left disappointed if the Olympics are simplified and downsized.

Will the sponsorships also get impacted

The organizers of the Tokyo 2020 Olympic and Paralympic Games have generated in excess of US$3 billion in domestic sponsorship revenue. The US$3.1 billion total sum garnered through the local organising committee’s marketing programme amounts to almost three times more than for any previous edition of the Games, according to the International Olympic Committee (IOC). Tokyo 2020 has amassed a national sponsorship portfolio that comprises no fewer than 62 Japanese companies. That figure does not include Bridgestone, Panasonic and Toyota, three Japan-based corporations that are in the midst of multi-year, worldwide TOP partner deals with the IOC. Tokyo Olympics has 15 top-tier gold partners – who are each understood to be paying nine-figure sums – Tokyo 2020 boasts 32 official partners and 15 official supporters. The organizers’ first Games sponsorship was signed with gold partner Nippon Telegraph and Telephone (NTT) Corporation way back in January of 2015.

Most of the brands backing Tokyo 2020 are severally impacted by Covid19. Will they be able to keep up to their commitments, that is another question which Tokyo 2020 will sooner of later have to face.