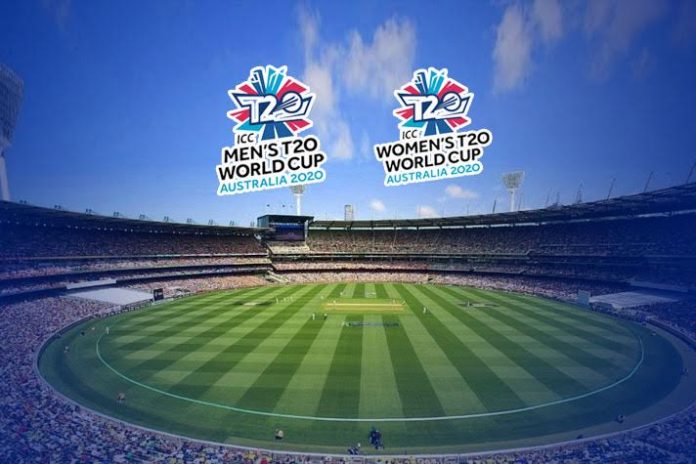 India will start their ICC T20 World Cup 2020 campaign against South Africa at the Perth Oval on October 24, 2020. Men’s defending champions, the West Indies will start their title defence when they clash with New Zealand on Sunday, November 25, at the MCG. The India-South Africa contest will follow the Australia-Pakistan opening match in Sydney, marking a spectacular opening night for the men’s Super-12 stage.

The Men in Blue are pitted in Group 2 along with India, England, South Africa, Afghanistan and two qualifiers, while the Indian girls are in Group A along with Australia (defending champions and four-time winners – 2010, ’12, ’14, 18), New Zealand, India, Sri Lanka and a qualifier.

The International Cricket Council has confirmed the matches for the women’s and men’s ICC T20 World Cups, to be played in Australia in 2020. The 10 top women’s teams will contest 23 matches from February 21 to March 8. Later in the year, the ICC T20 World Cup for men will feature the 16 best teams, playing 45 matches from October 18 to November 15, 2020.

The fixtures for the ICC T20 World Cup Australia 2020 were revealed in Sydney, Australia, today (Tuesday). For the first time, the women’s and men’s T20 World Cups will be held as standalone events in the same year and in the same country.

The ICC Women’s T20 World Cup 2020 will take place from February 21 to March 8, culminating in the final at the MCG on the International Women’s Day – March 8. This presents a ground-breaking opportunity to set a new world record for attendance at a women’s sporting fixture.

A spectacular opening celebration will mark the start of the women’s tournament, when hosts and defending champions Australia take on India at Sydney Showground Stadium on February 21, 2020. The women’s tournament will also feature double-header semi-finals at the iconic SCG on Thursday, March 5, 2020.

The ICC Men’s T20 World Cup 2020 will take place later in the year, from October 18 to November 15, 2020. Hosts Australia will play the opening match of the Super 12 stage of the tournament on Saturday, October 24, under lights at the SCG in a blockbuster match-up against the world’s top-ranked team, Pakistan.

The first men’s semi-final will take place at the SCG on Wednesday,  November 11, with Adelaide Oval hosting the second semi-final the following night. Like the women’s final earlier in the year, the men’s final will be played at the MCG, on the evening of Sunday, November 15, 2020.

Both tournaments will be held right across Australia in eight host cities and 13 venues.

Having finished ninth and 10th in the MRF Tyres ICC World T20I Team Rankings, Sri Lanka and Bangladesh respectively are the two currently known qualifiers in the first round of the men’s event, with matches to be played in Geelong and Hobart from October 18 to 23. The remaining six teams for the first round will be determined via a qualifying tournament, to be held later this year. A total of four teams from the first round, two from each of Group A and Group B, will progress to the Super 12 stage.

ICC T20 World Cup Australia 2020 Local Organising Committee CEO Nick Hockley said: “We’re so excited to be able to let fans all around Australia and the world know when and where their teams will play, so they can start planning now.

“World Cups are all about bringing people together. We know that passionate fans of all generations and cultures will travel from near and far to support their teams and that they will receive the warmest of welcomes in our wonderful host cities. Putting on events of this scale are a big team effort and we would like to thank all our valued partners for making sure that the T20 World Cup is not only a spectacular celebration in 2020, but that it leaves a lasting positive impact.

“With the Women’s T20 World Cup up first, we’ll be calling on cricket fans to bring their families, friends and communities to support the best players in the world.”

ICC Chief Executive David Richardson added: “Whenever we host an event in Australia we know we can guarantee the one billion cricket fans around the world a great show. The world’s best players. Outstanding venues. Noisy, passionate, knowledgeable fans. Exciting cricket. This is the perfect combination for a T20 World Cup and in 2020 we go one step further with two T20 World Cups in one year.

“To hold two T20 World Cup finals at the world’s largest cricket stadium in front of 92,000 people with hundreds of millions more watching around the world is a particularly exciting prospect as we look to grow the fans around the world and make 2020 the year of cricket.”

Fans can visit t20worldcup.com to register before February 13, 2019, to get priority access to women’s tickets, before they go on sale to the public on 21 February 2019. Men’s tickets pricing and on-sale dates will be announced later in 2019.

Ø The final at the MCG on March 8, 2020, International Women’s Day, presents cricket and Australia with the ground-breaking opportunity to set a new world record for attendance at a women’s sporting fixture.

Ø A spectacular opening celebration will be held at Sydney Showground Stadium on February 21, 2020, immediately prior to the opening match of the tournament, featuring hosts and reigning champions Australia taking on India under lights.

Ø The women’s event will feature action-packed festivals of cricket, firstly in Perth, then Canberra, followed by Melbourne and then Sydney, with five Group matches to be played in each city.

Ø Blockbuster doubleheader semi-finals will be played at the iconic SCG, featuring the four best teams in action on Thursday 5 March 2020

Ø The eight top-ranked teams based on finishing positions from the World T20 2018 in the West Indies have automatically qualified, with the remaining two places to be determined through a qualifying tournament to be held later in 2019

Ø Hosts Australia will play the opening match of the Super 12 stage of the tournament on Saturday, October 24, under lights at the SCG in a blockbuster match-up against the world’s top-ranked team, Pakistan.

Ø India’s first clash of the tournament will be on Saturday, October 24, against South Africa at the state-of-the-art Perth Stadium. This match will follow the Australia-Pakistan opening Super 12 match in Sydney, marking a spectacular start to the men’s Super-12 stage.

Ø The first semi-final will take place at the SCG in Sydney in the evening on Wednesday, November 11, with Adelaide Oval hosting the second semi-final the following night.

Ø Like the women’s tournament earlier in the year, the men’s final will be played under lights at the biggest cricket stadium in the world, the MCG, on Sunday, November 15, 2020.

Ø The opening day of the men’s event will feature 2014 champions Sri Lanka in First Round action at Kardinia Park, Geelong on 18 October 2020, as they begin their campaign to progress to the Super 12 stage

Ø The top eight-ranked teams based on MRF Tyres ICC World T20I Team Rankings as at 31 December, 2018 have automatically qualified.

Ø Pakistan (2009 champions) and India (inaugural champions in 2007) enter the event as the teams ranked one and two in the world respectively, based on MRF Tyres ICC T20I Team Rankings at December 31, 2018, and will therefore be in different Groups for the Super 12 stage