India at Tokyo Olympics: India’s Anirban Lahiri playing his second Olympics got off to a solid start with a 4-under 67 in the first round of the Tokyo Games golf competition at the Kasumigaseki Country Club here on Thursday.

The former Asia RRn Tour No. 1 Lahiri had six birdies against two bogeys and was Tied-sixth though many players were yet to finish.

The other Indian, Udayan Mane, who made the field of 60 at a late stage, also had a fair start as he 1-under through 10 holes. He was T-30 though his position will change as the round ends.

The field was led by Austrian Sepp Straka, who came into the Games after six missed cuts in last seven starts. He equalled an Olympic record of 8-under 63. Straka lipped out his birdie attempt on 18th that would have set the record.

Belgium’s Thomas Pieters and Mexican Carlos Ortiz shot 6-under 65 each, while Thailand’s Jazz Janewattananond was also 6-under with three holes left when play was stopped due to dangerous weather in the area.

Lahiri, coming off third place in Barbasol Championships on the PGA Tour, was happy with the start.

“It was good. I started off a little dodgy first few holes, couldn’t get my rhythm going early.

But then I settled down nicely. I probably feel like I could have taken some more chances, some opportunities on the back nine I didn’t make as many birdies as I could have.

add #Golf to the good news from today. anirban lahiri has shot 4 under par 67, is tied 6th right now, four shots off the pace. very much in the mix! udayan mane still on the course. #Tokyo2020 #Olympics

“But I’m playing well, so I have to build on this and as you can see already there’s a lot of opportunities if it keeps playing like this, soft, there’s not much rain today, then you have to go out there and just really be aggressive and make a lot of putts.”

Lahiri managed good practice too, helping him on day one of the competition.

“I got a full 36 in, nine every day the four days leading up to the event, so I felt pretty comfortable on the golf course. Obviously, the tournament setup’s going to be a little different but I feel like it wasn’t as hard as they could make it.”

“Today we barely had any wind, so a good day to go out and take advantage. The greens are beautiful, they’re perfect, they’re rolling great, golf course is immaculate,” he said.

Lahiri shrugged off a bogey start on first by later sinking some huge putts. Two of his birdies on the ninth and 15th came from 28 feet.

India at Tokyo Olympics: Bhaker placed 5th, Rahi on 18th after 1st round of qualification in women’s 25m pistol

He had a super run of four birdies in five holes from fifth to ninth. Then he had back-to-back birdies on 15th and 16th and closed with two pars. His dropped shots came on first and 12th. 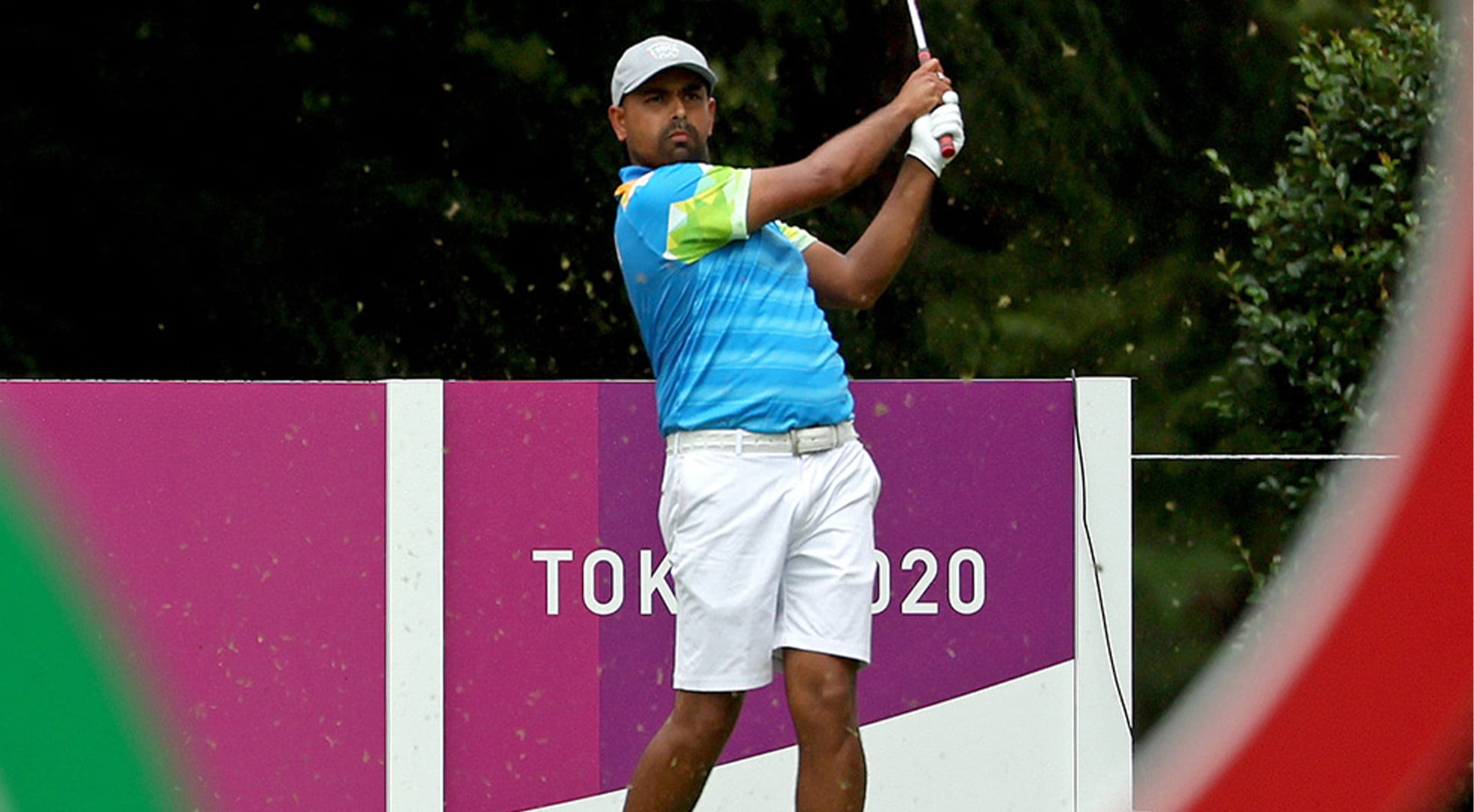 Among the world stars, who did not have a great start, former World No. 1 Justin Thomas started with even par 71, while 2021 Masters champion Hideki Matsuyama shot 2-under 69.

Rory McIlroy was 1-under with five holes left, while former World No. 1 Justin Thomas had all 18 pars in his 71.

Straka, ranked 161st in the world, equaled the record of 63 set by Matt Kuchar (US) and Marcus Fraser of Australia who shot 63 in the 2016 Rio Games when golf returned to the Olympics for the first time in more than a century.

Back in 2016, Lahiri, coming off an injury had finished 57th out of 60 players, and is keen on making amends for that result.