Wimbledon 2022 LIVE – Wimbledon 2022 Player Withdrawals: As expected, some of the top players have started pulling out of this year of Wimbledon. It was being speculated as the tounrmaent doesn’t have ranking status some top players will withdraw. Naomi Osaka, Dominic Thiem, Alexander Zverev, Eugenie Bouchard all have announced that they will not play Wimbledon this year: Follow Wimbledon Draws LIVE Updates with InsideSport.IN

Wimbledon 2022 Player Withdrawals – Naomi Osaka Withdraws: Former world No. 1 Naomi Osaka is the latest to Withdraw. Osaka had previously expressed doubt about playing the event without ranking points, announced on social media that a lingering left Achilles injury has ruled her out entirely.

“My Achilles still isn’t right so I’ll see you next time,” the three-time Grand Slam winner wrote on Twitter, adding on Instagram: “There goes my grass dreams.”

It marks the second year in a row that Osaka has sat out Wimbledon; she has not competed at the All England Club since 2019.

Dominic Thiem, Alexander Zverev and Eugenie Bouchard will also not be playing either. All have given injury as official reason.

All players from Russia and Belarus, in addition, are also banned from competing.

Thiem plans to play a clay event in Salzburg during Wimbledon.

Thiem will also be training with Russians Andrey Rublev and Karen Khachanov.

Why Zverev not playing? Zverev’s withdrawal was not a surprise. The 23-year-old German undergoing surgery less than two weeks ago following a bad fall during the French Open.

Zverev would have been the second seed at Wimbledon. 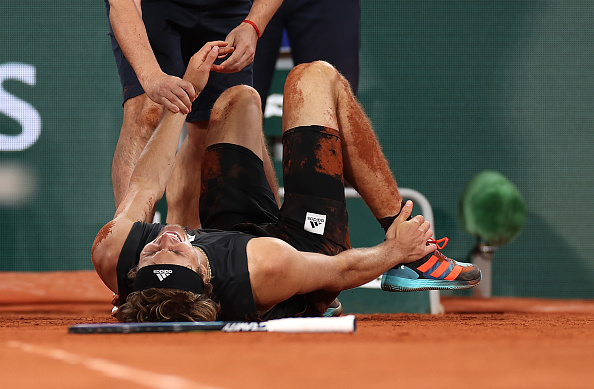 Bouchard, a former finalist at Wimbledon, said she was withdrawing “due to the WTA’s decision not to award ranking points.”

The ATP and WTA tours decided to strip points from the tournament following the All England Club’s decision to ban Russians and Belarusians.

The 28-year-old Canadian has not played for more than a year and explained that ”due to my shoulder surgery, I get a limited number of protected ranking (PR) entries” and “as much as I love Wimbledon,” using a protected ranking for “a tournament with no ranking points does not make sense.”

Bouchard is currently unranked on the WTA Tour.

Meanwhile Rafael Nadal has confirmed he plans to try to play Wimbledon. But few others are likely to join Osaka, Bouchard, Thiem and others in growing list of players who have withdrawan from the grass-court Grand Slam.