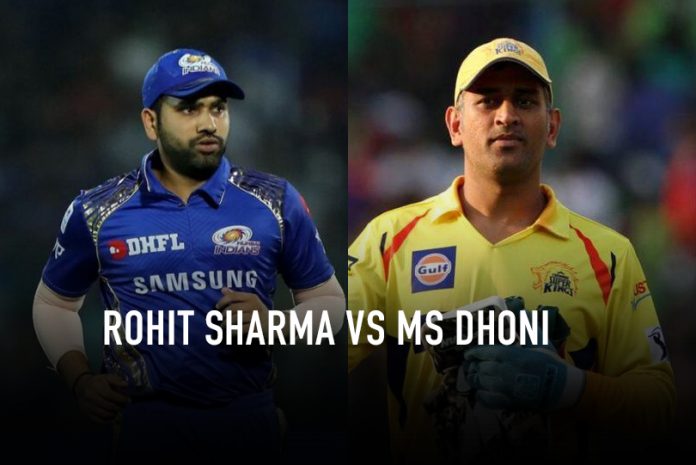 The 13th edition of the Indian Premier League (IPL) 2020 will see the first match being played between MI vs CSK- the fiercest rivals in the history of IPL. Leading both the sides will be two of the word’s greatest batsmen- MS Dhoni and Rohit Sharma.

Rohit Sharma and Mahendra Singh Dhoni are two individuals who are masters at the craft of marshalling their troops While both are very different individuals and batsmen, yet they are exceptionally strong leaders who have excelled as captains.

While Dhoni has had immense success across both international cricket and in the IPL, Rohit’s success as a leader has mostly remained confined within the boundaries of the IPL. Let’s glance through their record over the past 12 years of IPL history and see who currently has the edge.

Dhoni is the most successful captain in the history of the IPL in terms of matches won. Nobody has a higher win percentage than him. Rohit, on the other hand, is placed at the third spot in this list. However, his win percentage is only marginally lower than that of Dhoni and he has won four titles in lesser number of seasons as compared to Dhoni as well.

The middle-order batting dynamo, who is one of the best match winners in the history of the sport, has amassed a total of 4432 runs at a spectacular strike rate of 137.

Rohit, with 4 titles with Mumbai Indians, has 1 more than MS Dhoni tally of 3 with Chennai Super Kings. All eyes will once again be on him as he takes charge as captain of the defending champions. Rohit Sharma has etched his name as the most successful captain in the IPL with four trophies, the most by anyone in the tournament.

Rohit, who has scored a total of 4898 runs and his the second-highest run-scorer in the history of IPL not far behind when it comes to winning percentage as well. In 104 matches, Rohit has managed to win 60 as captain with a win percentage of 58.65.

Mumbai Indians led by Rohit Sharma has played against Dhoni-led Chennai Super Kings a total of 16 times. Out of that, Rohit has led Mumbai to 10 wins whereas Dhoni has only six wins under his belt for CSK. As far as Dhoni’s record as Rising Pune Supergiant captain is considered, he played two matches against Rohit’s MI as captain and won one out of it with Rohit winning the other. So Rohit has won a total of 11 matches as captain against teams under Dhoni’s leadership. Hence, he has the upper hand in this field.