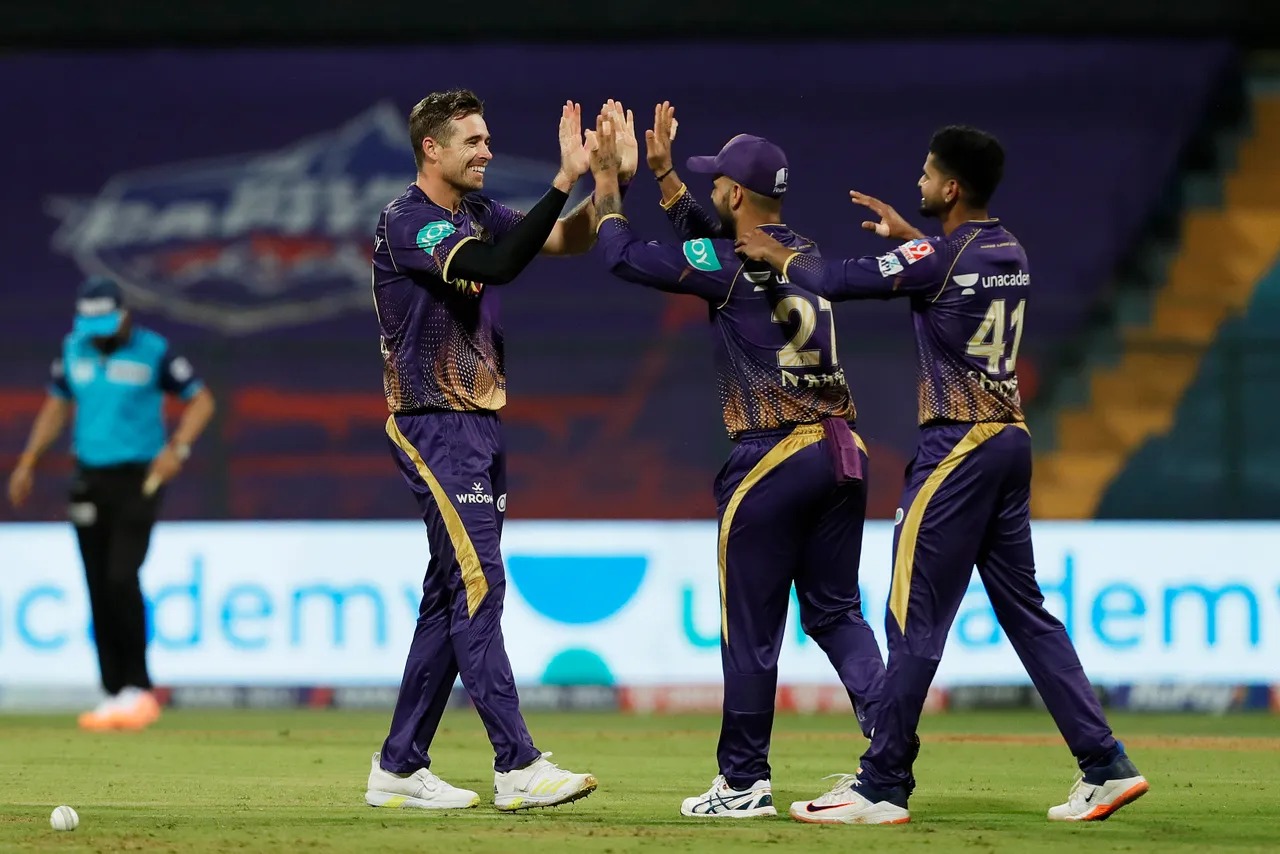 Chasing 153 to win, Kolkata Knight Riders had Rinku Singh and Nitish Rana to thank as they saw their team over the line with five balls to spare. Rana played the anchor role to perfection before hitting the winning six, while Rinku was the aggressor in chief, scoring a quick-fire 42 to put impetus in the chase.

KKR tried their seventh opening combination this season but it fell short once again after Aaron Finch chopped on a Kuldeep Sen delivery onto his stumps. Baba Indrajith soon departed with KKR again losing wickets in heaps in the powerplay. Shreyas Iyer and Nitish Rana steadied the innings before the Kolkata skipper edged one to Sanju Samson behind the stumps.

Rinku Singh, promoted ahead of Andre Russell, nullified the spin threat and put pressure on the pacers, including a vital 18 runs from the 18th over of the innings. The UP batsman’s efforts saw him win the player of the match award.

Earlier, Umesh Yadav continued his dream run as he got Devdutt Padikkal early in the powerplay as KKR put the breaks on Rajasthan. Jos Buttler struggled to get going and was eventually dismissed for 22 off 225 balls. Sanju Samson anchored the innings and got his half-century, but lost out on partners with Riyan Parag and Karun Nair both failing to capitalise on their starts.

Shimron Hetmyer unleashed a few shots later in the game to see Rajasthan over the 150-run mark, to give something to their bowlers to defend. Southee ended with two wickets to his name, while Anukul Roy, Shivam Mavi and Umesh Yadav were the others to strike at the Wankhede.

The loss marked Rajasthan Royals’ second successive loss, after they fell to the Mumbai Indians last time out. As for KKR, they ended their five-match losing streak to keep their IPL 2022 Playoff hopes alive, climbing above Punjab Kings to seventh in the table.