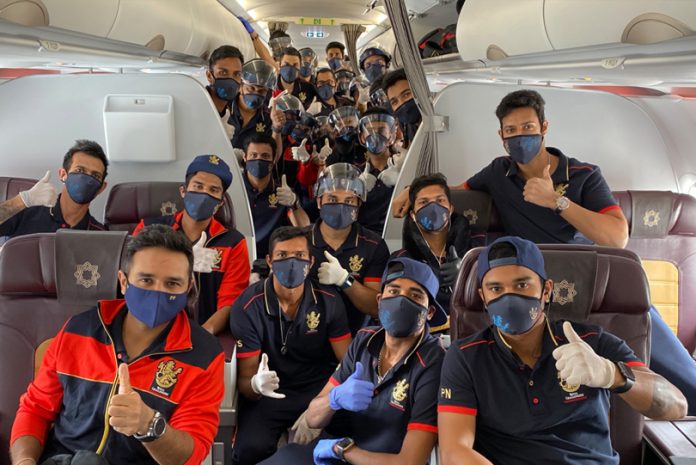 Virat Kohli-Led Royal Challengers Bangalore team all set to leave for UAE. As the 13th edition of Indian Premier League is set to take place in across three venue. IPL will be a 53-day tournament which will feature 10-afternoon matches at 15:30 IST while the evening matches will start at 19:30 IST. IPL 2020 will be telecast on the Star Sports Network. The leading Indian Broadcaster has made arrangements to broadcast the games in Multiple languages and on multiple network channels.Royal Challengers Bangalore took to Twitter to shared a picture of RCB’s players after boarding flight to UAE. while sharing the post RCB wrote”UAE Calling,The Royal Challengers are all set to take-off!

The Royal Challengers are all set to take-off!

“We wanted a exclusive facility in the centre so the players have short travel time (between Dubai, Abu Dhabi and Sharjah) and there is 100 percent compliance of the bio-bubble.“We have booked the entire block which has 155 rooms with exclusive facilities like team rooms, gym and dining. All the hotel staff will also be tested to ensure more safety,” added Churiwala