French Open 2022 LIVE: 19-year old Holger Rune caused one of the biggest upsets in the Men’s singles at the French Open…

French Open 2022 LIVE: 19-year old Holger Rune caused one of the biggest upsets in the Men’s singles at the French Open this year on Tuesday. He defeated fourth seed Stefanos Tsitsipas 7-5, 3-6, 6-3, 6-4 in the fourth round . With the victory, he becomes the first Danish man to reach the quarter-finals in tournament history. Follow Tsitsipas vs Rune LIVE and French Open 2022 LIVE updates with InsideSport.IN

Rune is making his debut in the French Open and has produced a string of faultless performances so far. Prior to his standout win over 2021 finalist Tsitsipas, the Dane had eliminated Denis Shapovalov, Henri Laaksonen and Hugo Gaston in straight sets.

“I have an unbelievable feeling right now,” Rune said in his on-court interview. “I was so nervous at the end but the crowd was amazing for me the whole match, the whole tournament. I am so grateful and so happy to be playing on this court. You guys are amazing.”

“I was very nervous but I know at the same time that if I go away from my tactics against a player like Tsitsipas I am going to lose for sure. I told myself just to keep at it and play my plan in the tough moments. It worked out so well in the end and gave me a huge confidence boost. It is just so great to still be here.”

Tsitsipas started the match on a positive note as he broke the 19-year old in the third game of the first set to take early lead. Rune took time to settle in the middle and after losing his service game, he began attacking with his powerful groundstrokes. He found immediate success as he broke Tsitsipas in the very next game to trail 2-3.

From then on, it was a battle of attrition as Rune started challenging the World No.4. Rune broke Tsitsipas one more time in the first set and then won the first set 7-5. Though Tsitsipas managed to come back into the contest after winning the second set 6-3, Rune stuck to his gameplan and repeatedly tried to put Tsitsipas under pressure.

Rune won the third set by breaking Tsitsipas twice. Then in the fourth set, the 19-year-old gained a double-break over Tsitsipas as he lead 5-2. He was serving for the match but Tsitsipas won eifght consecutive points to reduce the deficit to 4-5. In the 11th game, Rune finally managed to save three break points to seal the victory.

“I tried to play an aggressive performance,” Rune said. “When Stefanos gets a shorter ball, he attacks a lot, so I had to play aggressively and really fast, taking time away from him. I really like playing drop shots, it is fun to play and it worked out really well.” 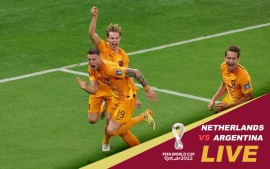 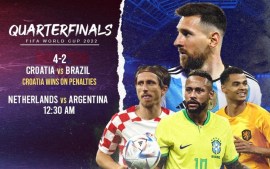