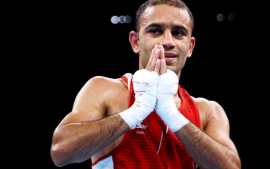 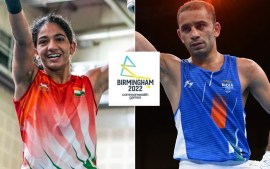 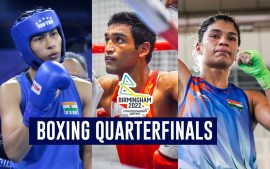 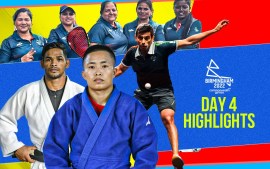 CWG 2022 Boxing LIVE – CWG 2022 Boxing Semifinals: The Indian Boxers are ready to strike rich haul in Commonwealth Games Boxing competition. 7 Indian boxers have made it to the SEMIFINALS and have assured medals for the country. Two new stars emerged on Thursday as debutants Sagar Ahlawat and Jasmine Lamboriya joined the seasoned Amit Panghal in the LAST 4. The Boxing Semifinals will be fought on SATURDAY: Follow Commonwealth Games 2022 LIVE Updates with InsideSport.IN

Later in the day, Rohit Tokas, who turned 29 on August 1, notched up a dominating 5-0 win over Xavier Mata’afa-Ikinofo of Niue to also progress to the last four stage and assure of the seventh medal for India from the ring.

The biggest find was Ahlawat in the men’s +91kg super heavyweight category as the 22-year-old continued his dream run in his international debut to dish out another superlative show and book a semifinal clash with Ifeany Onyekwere of Nigeria.

Having defeated former Olympian Maxme Njieyo of Cameroon by a 5-0 unanimous verdict in his opening round, Ahlawat had it easy in the quarters as he landed powerful blows on Seychelles’ Keddy Evans Agnes to make the semifinals with an identical scoreline.

That he began boxing only five years ago, speaks volumes about the grit and gumption of Ahlawat, a son of a poor farmer in Dhandlan village of Jhajjar district in Haryana.

“We have just two acres of land and I used to spend the whole day farming with my father. There was a lot of struggle and I had to join boxing to change our fortunes,” he told PTI.

The pugilist was inducted into the national camp after he started winning at the university level, and there was no looking back for Ahlawat, who is now an employee in Northern Railway.

“My dad has told me to give my best, and I am now confident of winning a gold,” he said.

For Jasmine, however, it was a tough fight and she had to give it her all after a dominating first round to prevail over New Zealand’s Troy Garton by a 4-1 split verdict in the women’s lightweight (60kg) quarter-final.

Making her CWG debut, Jasmine, the daughter of a security guard in Bhiwani, had an excellent first round as she overwhelmed her opponent with her fluid moves and clinical blows.

Being shorter, Garton resorted to an ultra-aggressive approach in the second round, something that took the Indian by surprise as she was cornered mostly in the ringside.

“I had to bounce back in the third round and I first guarded against her before dealing in the blows,” Jasmine, an Asian Championship bronze medallist in 2021, said.

In the men’s 48-51kg flyweight category, it was an unanimous verdict in favour of the Indian southpaw, who had won a silver medal during the last edition in Gold Coast.

The bout wasn’t of great quality, but Panghal prevailed over his younger Scottish opponent, tiring him out with his solid defence. He gained points with occasional ferocious counter-attack.

In the first two rounds, the 26-year-old Indian employed a guard down approach to invite Mulligan to go on the offensive, but stayed beyond his reach with some nimble footwork.

In between, he did land a couple of left jabs to rattle the 20-year-old Scot, and in the final round, unleashed a barrage of ‘one-two’ combinations (a left-jab followed by a right cross).

Mulligan, in fact, got a standing count and by the end of round two the writing was on the wall, as Panghal was assured of his second CWG medal.

Panghal will have a tough semifinal, against Tokyo Olympian Patrick Chinyemba of Zambia, but the Indian sounded confident.

“I am confident of winning the gold medal especially after that performance,” Panghal said.

“I have been working on my endurance and footwork and I feel so strong because I know I can win every fight,” he added.

Talking about his quarterfinal bout, he said: “He was a good fighter, but I was much better. I had never boxed him before so I didn’t know much about him, but I had a strategy and it worked very well. I hit and moved, hit and moved.” 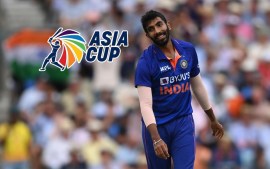