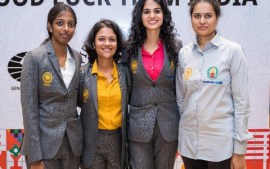 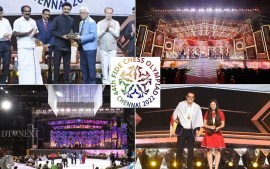 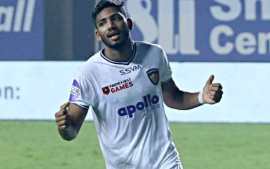 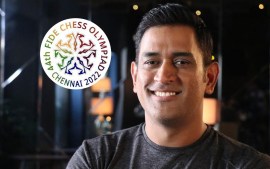 Chess legend Viswanathan Anand along with officials of the All India Chess Federation and teams from FIDE, Africa, America, Europe and Asia took part in these matches on Thursday. The teams were divided into two groups of three each.

The five-time world champion was not only in his football gear but also showcased his moves on the football ground.

Anand quipped post the friendly match, “There are a lot of chess players who play football. The European and African teams are fanatical about football.

I am very interested in football and follow the game but I do not play much but I thoroughly enjoyed the game. It was a very nice chance for everyone to bond and I know it works in other way as well.

There are a lot of footballers who like to play chess for relaxation so it is nice to have it both ways.”

, “I want to wish the Chennaiyin Fc team and their fans good luck and all the best for the new season.” The defending champion of Durand Cup is FC Goa.

Tournament is slated to start from August 16 onwards. This year, the Durand Cup has grown to 20 teams from 16 last year and all 11 teams of the Indian Super League (ISL) have confirmed participation.

Five teams from the I-League and four Services teams will also be vying for the coveted honours.

There will be a total of 47 games in the Durand Cup this year, with West Bengal hosting Group A and Group B matches, while Imphal and Guwahati will host Group C and Group D games respectively.

All seven knockout games will be held across the three venues in West Bengal. Tournament will culminate with the Grand Finale scheduled on September 18, 2022, at Kolkata’s Vivekananda Yuba Bharati Krirangan (VYBK)
Chess Olympiad 2022: Chennaiyin FC host Viswanathan Anand among other CHESS stars for friendly football match, Check OUT