Real Madrid vs PSG: Neymar and Gianluigi Donnarumma fight – Gianluigi Donnarumma and Neymar clashed after PSG’s Champions League elimination at Real Madrid last night. PSG were at one stage 2-0 ahead on aggregate before a 17-minute hat-trick from Karim Benzema saw Real win the round of 16 tie 3-2 and reach the quarterfinals. Later on, Marca says Neymar turned on Donnarumma in the away dressing room. Neymar himself claimed that the reports are fake and didn’t have a fight with his teammate. Follow InsideSport.IN for the latest sports news and updates.

The Brazil attacker blamed Donnarumma for Real’s second goal. But the goalkeeper then hit back slamming Neymar’s overall performance. The argument became so heated teammates had to step in to separate the pair as the clash threatened to become physical.

Neymar shares his private WhatsApp talk with Gigio Donnarumma to deny rumours of fights in the dressing room. 📲⛔️ #PSG

“It’s absolutely fake – we had no fight after the game”, Neymar added on Instagram.

The story has been denied even on Donnarumma side. pic.twitter.com/JoiAgaLPRd

Neymar and Gianluigi Donnarumma ‘almost came to blows in the Paris Saint-Germain dressing room’ after they blamed each other for the sloppy errors that led to Real Madrid’s goals.

The Spanish club sensationally came back from two goals down on aggregate to reach the Champions League quarter-finals with Karim Benzema scoring an astonishing 17-minute hat-trick in a 3-1 Bernabeu win.

Gianluigi Donnarumma fault – Donnarumma was certainly at fault for Benzema’s first goal, after he dawdled and lost control of the ball to allow Vinicius Jr in to tee Benzema up and let Real back into the tie.

Neymar’s fault – But it was Neymar who initially gave the ball away to Luka Modric in the build-up to Benzema’s second goal, something Donnarumma was less than impressed with and he made his irritation known to the Brazilian.

According to Marca, Neymar and Donnarumma became involved in a blame game and the argument became more heated at the final whistle. The two players had to be separated in the dressing room to prevent them coming to blows, the Spanish newspaper said.

PSG chairman Nasser Al-Khelaifi unleashed his rage at the Santiago Bernabeu on Wednesday after his team were knocked out of the UEFA Champions League at the hands of Real Madrid. As per Spanish media reports, Khelaifi and director Leonardo were both very displeased with the performance and threw a fit of anger at the stadium.

As per reports, Al-Khelaifi and Leonardo stormed downstairs from his box after the whistle to the match officials dressing room, arguing with the referees after both believed that Real Madrid’s 1st goal of the night should have been ruled out due to a foul on Gianluigi Donnarumma. The confrontation allegedly ended up with the referee’s being beaten, with the police called to resolve the conflict.

Al-Khelaifi was also left red faced, as he ended up storming into Mejia Davila’s office – a Real Madrid delegate. Some reports suggest that the PSG chairman shouted out at a Los Blancos official, “threatening to kill” which has also been caught on camera. The Chairman also hit out at the players following the loss, allegedly ‘throwing punches’ while labelled Julian Draxler a “N***”. Reports further suggest that UEFA have  been involved and have asked Real Madrid to submit Khelaifi’s recordings. 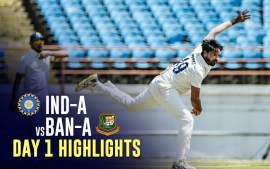 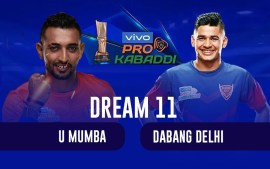 MUM vs DEL Dream11 Prediction: U Mumba and Dabang Delhi to face… 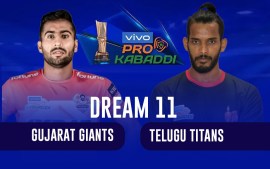