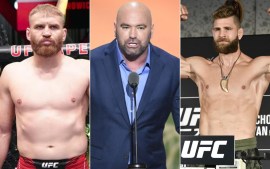 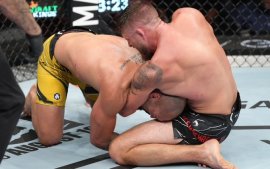 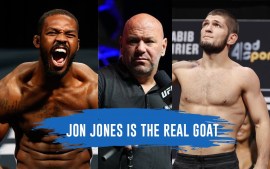 Nick Diaz vs Robbie Lawler 2: How different will be the rematch?

Nick Diaz vs Robbie Lawler 2: How different will be the rematch? –Stockton’s very own Nick Diaz will return to the cage…

Nick Diaz vs Robbie Lawler 2: How different will be the rematch? –Stockton’s very own Nick Diaz will return to the cage on September 25 at UFC 266  and take on his former rival Robbie Lawler in an intriguing collision. Ending a hiatus of over 6 years from action, Diaz will apparently grab sheer attention in his comeback fight. However, there’s much more to add to the tale.

Lawler and Diaz have squared off in the past when both the men were relishing their prime times. Adding to that, UFC 47 brought the viewers to their toes as Nick Diaz stopped Robbie Lawler in round two to seal the win. Lawler could rephrase his dominance in the ride with several wins later. However, a scratchy defeat against Diaz doomed him down to sheer criticisms for a brief period.

Meanwhile, Robbie Lawler can finally settle the odds in the rematch. Although both the veterans have passed their prime, the rematch still reflects extreme emotions for the traditional fight fans. Looking back at their original clash, the upcoming matchup can be severely different. Here’s a preview of how the rematch can come down by the end.

Aged 38 and 39 respectively, Diaz and Lawler are in a perfect position to lock horns.  Although Lawler has been active in the pro-ride recently, he is yet to see a victory since 2017. After beating Donald Cerrone at UFC 214, Lawler has lost four matches in a row. Simultaneously, Diaz scored his latest win a decade ago against BJ Penn.

Hence, we can see Lawler gain some momentum this time. Despite losing big fights, ‘Ruthless’ has been active shortly. So, he will clearly use that to his advantage. Akin to the first collision, the rematch can also turn into a boxing slugfest, seeing both men trade hard blows. While Diaz and Lawler are powerful punchers, it’s hard to picture the fight going to the distance.

A few weeks back, Diaz was spotted training with WBC heavyweight champion Tyson Fury. It seems the Stockton native is looking to add more boxing skills to his arsenal. Although Lawler hasn’t really opened up about his plans, he can also bring a fierce game plan to the display. So, the rematch can be absolutely different from the first fight. It may not go to the distance but we can see the tables turn.