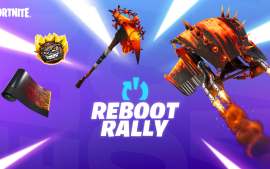 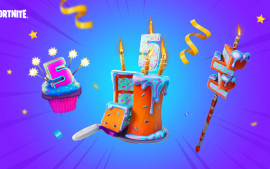 Fortnite x Dragon Ball Z- Goku skins to be released by Epic Games in Fortnite Chapter 3 Season 3: After a tedious…

Fortnite x Dragon Ball Z- Goku skins to be released by Epic Games in Fortnite Chapter 3 Season 3: After a tedious wait of several weeks, fans have reason to smile. Finally, Fortnite x Dragon Ball Z is happening. The collaboration will drop today following the downtime and server update. Leaks have indicated that the collaboration will release several Goku skins and other outfits. Other cosmetics such as gliders and emotes are also expected to arrive in Fortnite Chapter 3 Season 3. For more news related to Fortnite updates and collaboration events, follow InsideSport.IN

Ever since the first drop of news of Fortnite x Dragon Ball Z dropped, the community has been eager to get it in the game. While it was certain that the collaboration will drop somewhere in mid-August, it was quite difficult to reveal any specific date. However, recently Epic Games has revealed that the much-awaited collaboration involving the Super Saiyan and his entourage will kick off on August 16. With that being said, players will need to be patient and wait for the servers to be back up following the downtime.

Fortnite x Dragon Ball Z: What are the items coming to Chapter 3 Season 3?

The Fortnite x Dragon Ball Z collaboration is incomplete without the arrival of Goku on the island. Therefore, it was expected that the central protagonist would feature in the game. However, it was also important to know which other characters are featuring alongside Goku as a part of the collaboration.

According to a r͟u͟m͟o͟r from @AirDokkan & @Luca_dokkan, the Dragon Ball collab will feature the following parts;

Recently, popular data miner, iFireMonkey was able to compile the entire list of items that are coming to Fortnite Chapter 3 Season 3 for Dragon Ball Z collaboration.

As per the leaks, Goku will have four skin variants in the game. Apart from his base and Super Saiyan mode, the Super Saiyan Blue and the Ultra Instinct mode will also come as an in-game outfits.

The leaks have revealed the possibility of the arrival of two gliders in the game. The Saiyan Pod and the Flying Nimbus will be available as gliders. Gamers can expect Metamor Fusion to be available as an emote.

Also apparently three parts of the map will be modified to be "Wastelands", "Capsule Corp" and "World Tournament"

There is also set to be a Kamehameha mythic.

As a reminder, all of this info is just rumors.

Dragon Balls Radar and Turtle Shell will feature as back blings, while the Power Pole harvesting tool will also be available as a part of the collaboration. Leaks have also indicated the arrival of the Kamehameha Mythic.

The map of Chapter 3 Season 3 will also be changed. Apparently, three regions will be transformed into “Wastelands”, “Capsule Corp” and “World Tournament”.