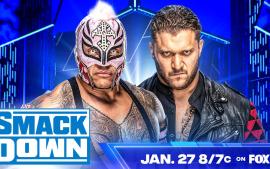 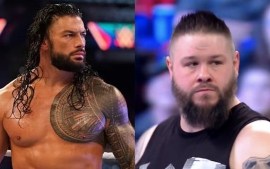 Roman Reigns vs Kevin Owens: Net worth comparison 2023- Who is richer… 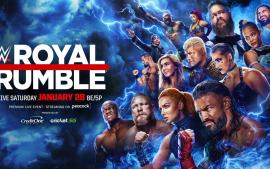 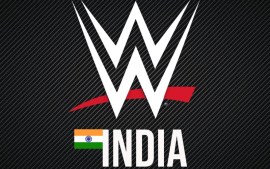 WWE SmackDown: Roman Reigns WWE: The Tribal Chief and Drew McIntyre are currently two of the best performers WWE has got on…

WWE SmackDown: Roman Reigns WWE: The Tribal Chief and Drew McIntyre are currently two of the best performers WWE has got on their roster. The two have locked horns a few times in the main event with the latest one coming at Clash at the Castle in the month of September. McIntyre was inches away from the victory but Reigns had the last laugh due to Solo Sikoa’s interference. Follow WWE SmackDown and Updates with InsideSport.IN

Speaking to  CricketNext in a recent interview, Drew McIntyre professed that he is no longer a fan of the Head of the Table. He also went on to elaborate that the loss of respect is a result of Roman taking help from Solo Sikoa during their latest clash in September. Here is what he said:

“Roman [is somebody] I used to respect so much as a man, as a performer, as a workhorse. He’s incredible in the ring, but he’s not the workhorse he once was,” McIntyre said in an apparent reference to Reigns’ current schedule. It’s been a very long time since someone else has had those titles and quite frankly, now I realize, after Clash at The Castle, where he [Roman Reigns] introduced Solo Sikoa to make sure I didn’t beat Roman, I’m probably gonna have to look at forming an army of my own because right now they’re probably the most dominant faction of all time,” McIntyre said. (via Wrestling Headlines)

The Brawling Brutes, Kevin Owens & Drew McIntyre did The 10 Beats of The Bodhran on The Bloodline. That was fucking fantastic, absolutely a memorable moment right there. #SurvivorSeries pic.twitter.com/3XdgZqV2zD

Drew McIntyre had another opportunity to take revenge at this year’s Survivor Series WarGames as his team faced the Bloodline in a thriller.

In the highly rated men’s WarGames match, The Bloodline left the building with a victory after Sami Zayn proved his loyalty to the Tribal Chief by turning on his old friend Kevin Owens.

Do you want to see Drew McIntyre dethrone Roman Reigns? Sound off in the comments section below!