Becky Lynch Defeats Asuka: In the main event of Monday Night Raw, Becky Lynch fought Asuka in a rematch to get added to the Raw Women’s title match at Hell in the Cell. Becky Lynch gave a strong start for the match targeting Asuka. However, the Empress of Tomorrow countered her and locked her in a disarmer. Big Time Becks slipped to the ropes and smashed Asuka into the ring post.

Big Time Becks controlled the match and humiliated Asuka by attacking her continuously. However, Asuka made her comeback and delivered a suplex to Becky. Later, she delivered a running knee to pin Big Time Becks, but Becky kicked out.

Once again, Becky tried to take control of the match, but she failed to do so. The Empress of Tomorrow caught Becky Lynch on the top rope and delivered a superplex. Both women continue the match on the sidelines, where Asuka knocks Bianca Belair accidentally.

Later, Becky Lynch took advantage of the situation and returned to the ring, winning the match with a roll-up pin victory. This made Becky Lynch officially into the Raw Women’s Championship at Hell in the Cell.

MVP Defeats Bobby Lashley: Bobby Lashley fought against his former business partner MVP on Raw to pick up the stipulation match for the Hell in the Cell match. Although the match started, MVP tried to slip through the rings, avoiding Lashley. This enraged Lashley, and he went after MVP when Omos attacked him.

MVP took advantage of this situation and attacked the All-Mighty. Later, MVP delivered a running knee. However, MVP had a different plan in mind. He brought Omos into the match causing a count-out victory against Bobby Lashley. Although MVP won the match, Lashley delivered the Hurt Lock to MVP.

Seth Rollins Attacks Cody Rhodes: On the recent episode of Monday Night Raw, Cody Rhodes faced The Miz head-to-head. The Miz started the match by taking up Cody to the corner. However, the American Nightmare backfired with a chop to The Miz’s chest.

The Miz tried multiple shots to keep Cody Rhodes down but failed to deliver a decisive blow. Rhodes continued the match with consecutive knee strikes to The Miz’s stomach. Later, The Miz got a clean shot on the American Nightmare and kicked him outside the ring. 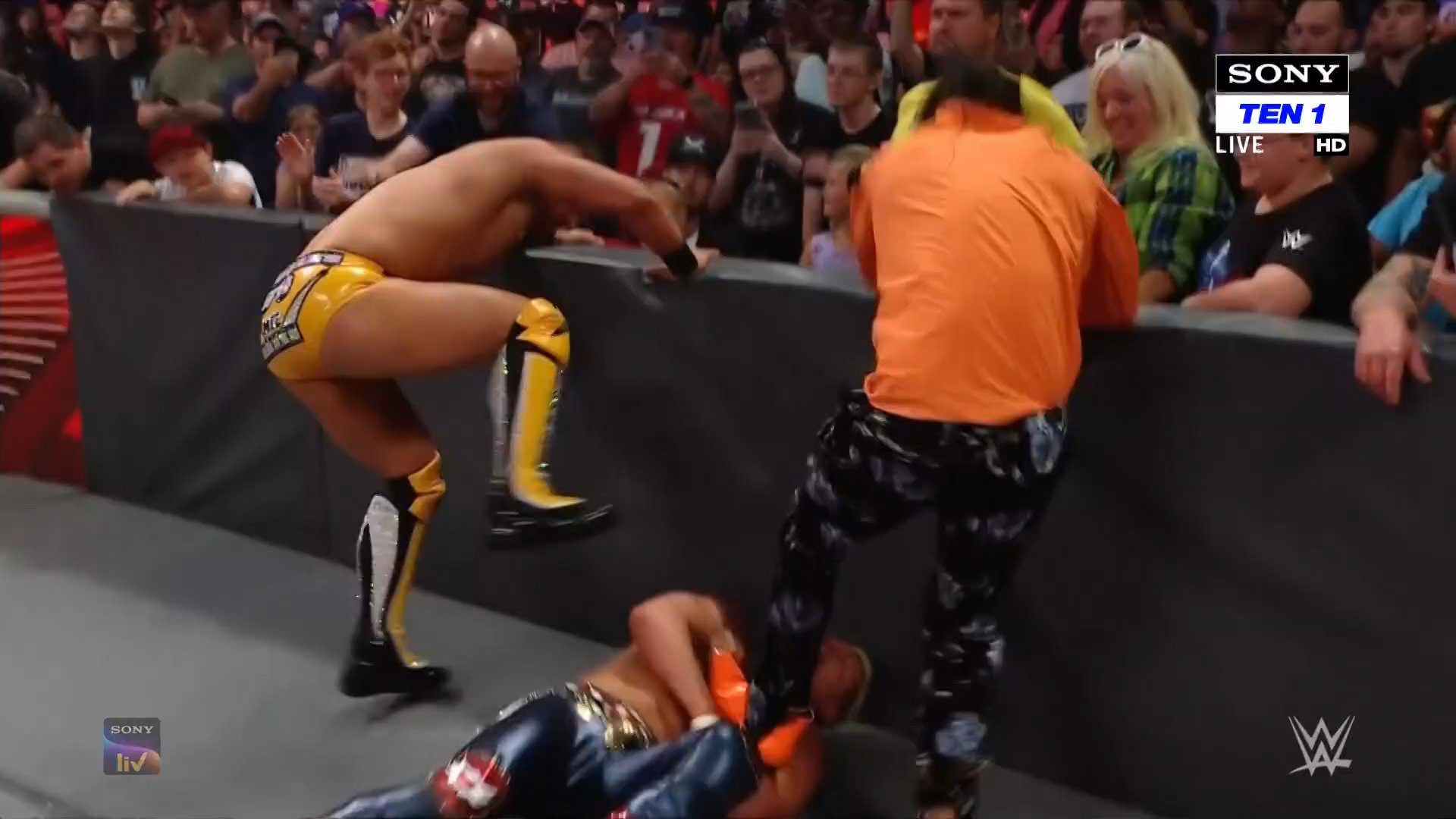 However, Rhodes capitalizes on delivering the Cody Cutter. The match took a twisted turn when Seth Rollins attacked Cody Rhodes. The Miz and Seth Rollins attack Cody Rhodes and destroy him slamming his knee into the steel steps. Later, Rollins grabbed Cody’s belt from a young fan and beat Rhodes ruthlessly with the belt.

Veer Mahaan Answers Jerry Lawler: On the recent episode of Monday Night Raw, WWE Legend Jerry Lawler made his return with his King’s Court show. He invited Veer Mahaan to his show and insulted him talking trash about Veer Mahaan. However, Veer Mahaan replied to his trash comments and gave his reason to target the Mysterious.

Later, Veer Mahaan tried to put his hands on Jerry Lawler. Meanwhile, Rey Mysterio and Dominik Mysterio came to Lawler’s aid. Both men tried to attack Veer Mahaan but couldn’t land a decisive blow. In the end, Veer Mahaan backed off with the Mysterios standing tall in the ring. 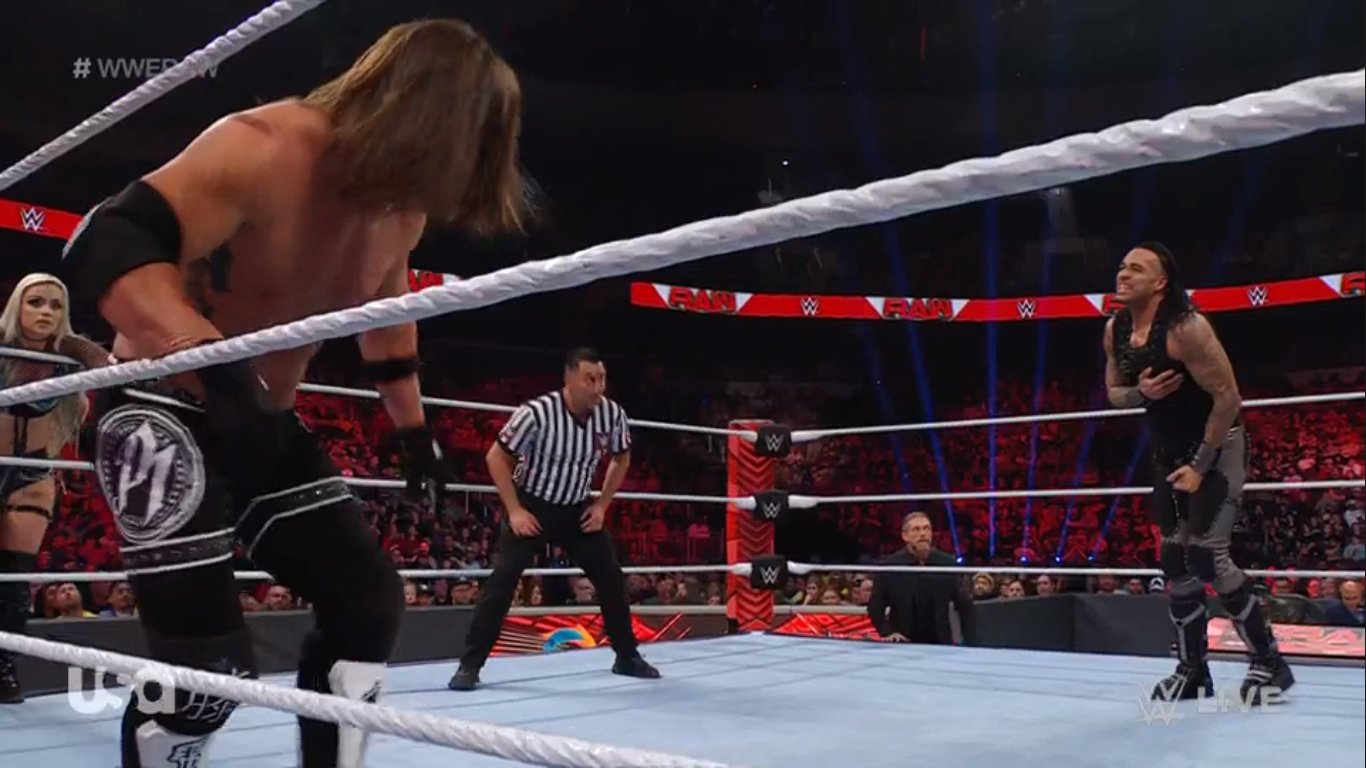 But Morgan backfired on Rhea Ripley, tagging AJ Styles back in the match. AJ Styles kicked off his offensive strikes on Damian Priest. However, Rhea Ripley distracted Styles which gave an opening for Priest to attack him. Priest continued assaulting Styles on the ringside and smashed him on the ringside.

Soon, Morgan tagged in to fight Ripley again. Morgan started her offensive strikes on Rhea Ripley and delivered a dropkick. Morgan had the upper hand in the match but Edge assisted Rhea Ripley to win the match.

Later, all men got into the ring to kick start the match. The match started with Sami Zayn and Angelo Dawkins. On the other end, Riddle was eagerly waiting for the tag against the Usos. Soon, Montez Ford switched tags and brought Sami Zayn in the corner tagging in Riddle. As soon as Riddle tagged in, he targeted the Usos on the other corner and unleashed consecutive strikes on Sami Zayn.

The match continued with Riddle and The Usos in the ring with Riddle’s furious striking continuously. The Street Profits and Riddle had full control over the match until Sami Zayn got his momentum in the match against Montez Ford. In the ring, the Usos dominated the Montez Ford. However, he capitalized by tagging Riddle. 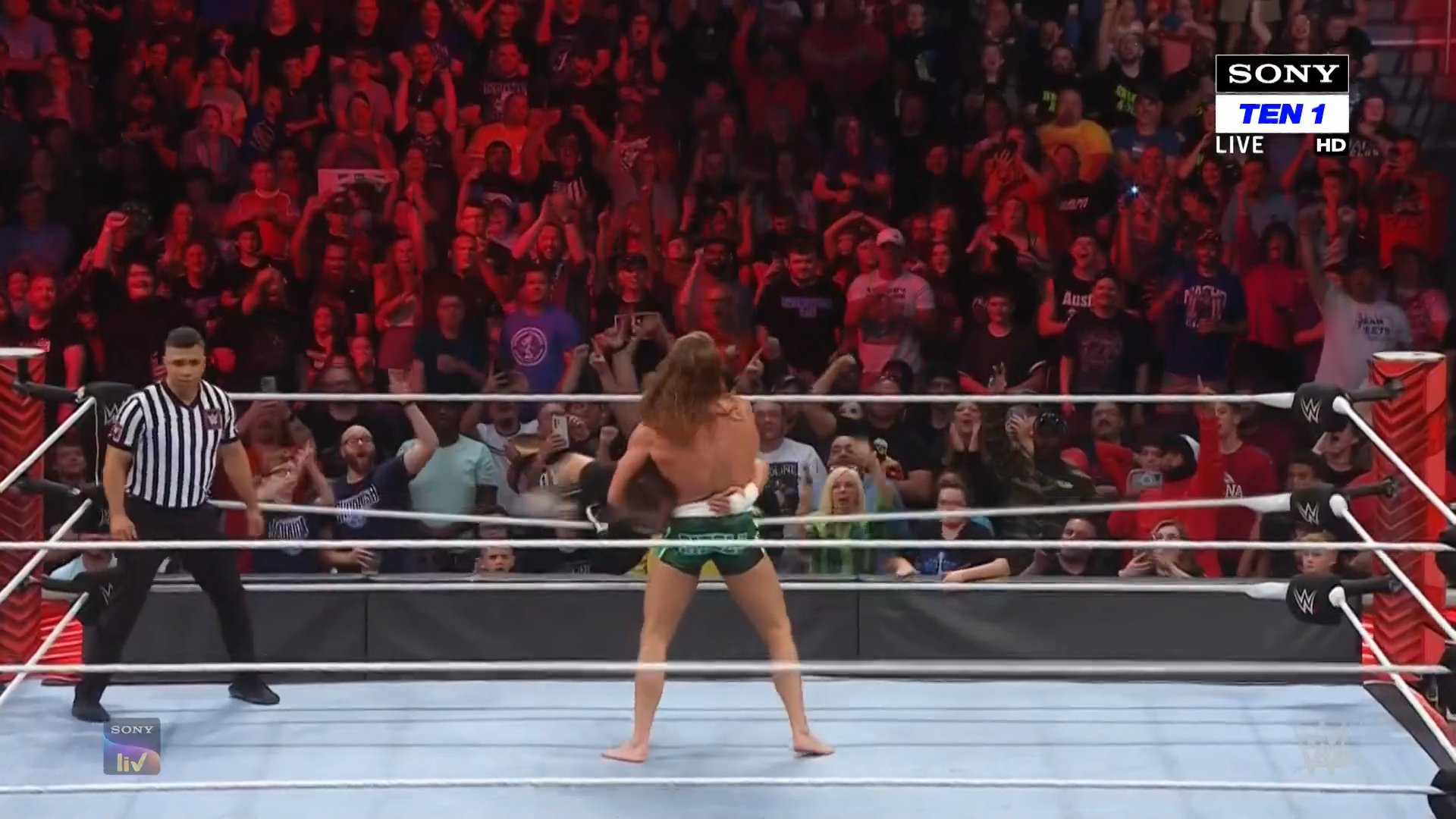 Once again, Riddle went against The Usos destroying bodies in the ring. Later, he took Sami Zayn in his clutches for DDT. In the meantime, The Usos fled away leaving Sami Zayn. The match ended with an RKO to Sami Zayn to secure the victory for his team.

Riddle Addresses WWE Universe: Monday Night Raw kicked off with the former Raw Tag Team Champion Riddle. He addressed his recent loss to The Usos last week. However, Riddle gave a note on Randy’s absence and eventually hinted about the end of RK-Bro. In addition, he assured the WWE Universe he will destroy the Usos and Roman Reigns and have his vengeance calling Reigns a piece of trash.