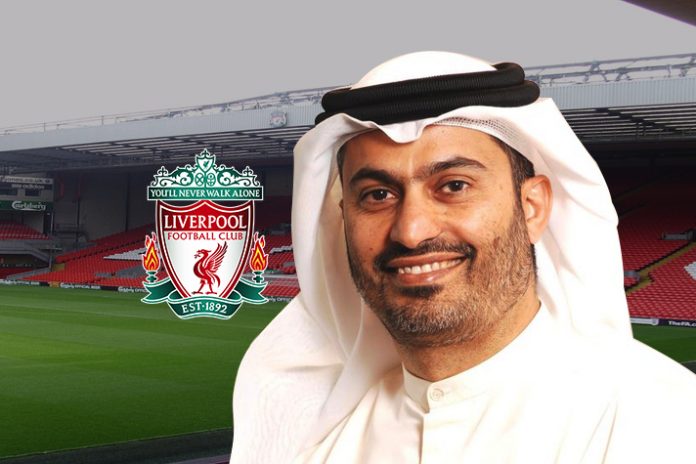 A cousin of Manchester City owner Sheikh Mansour bin Zayed Al Nahyan has reportedly failed in a takeover bid of another Premier League club Liverpool in a £2 billion ($2.6 bn) offer that could have resulted in the most expensive takeover in the history of club football.

According to Daily Mail, Sheik Khaled Bin Zayed Al Nehayan has been chasing the representatives of Liverpool with £2 billion ($2.6 billion) offer since late 2017. Sheikh Khaled is an Emirati member of the family that rules over Abu Dhabi and is considered among the most successful entrepreneurs in the Gulf region.

Sheikh Khaled’s close aide and MD of his conglomerate of companies had Midhat Kidwai recently met Liverpool chairman Tom Werner in New York to put the offer on the table. The report from British tabloid suggests that The Reds have confirmed this week about the meeting but have asserted that the talks have failed.

If the negotiations were successful, the deal would have resulted in the world’s most expensive football club takeover, leaving behind Manchester United’s £800 million acquisition by the Glazer family of USA in 2005. Liverpool’s buyout, according to the report, was to take a shape of a joint venture between Sheik Khaled and a minority stake Chinese partner.

Liverpool remains adamant that the club is not for sale. However, it is on a lookout for a major investor that could help strengthen club’s finances further and help it create a stronghold over the transfer market.

Other reports have suggested that the deal was terminated when a £25m down payment on the proposal was not paid last December, the time when the club was facing a cash crunch

The club released a statement and insisted the deal broke down before Sheik Khaled and FSG’s majority shareholders John W Henry or Michael Gordon met. “FSG have been clear and consistent: the club is not for sale,” read the statement.

The club’s valuation, as put forth by Sheikh Khalid’s offer, marks a staggering 567% increase ever since the Liverpool’s current owner Fenway Sports Group took the charge after a £300 million takeover. The sky rocketing growth has been mainly attributed to the improving revenue from both sponsorships and central broadcast deals as well signing of star footballers like  defender Virgil van Dijk, striker Mohamed Salah and the most expensive goalkeeper Alisson.

According to Forbes, Liverpool is the eighth most valuable football club at $1.9 billion (£1.5 bn) net value as of June 2018. The club sits at the ninth spot in the latest Deloitte Football Money League rankings of football club revenues for raking in $493 million in revenues last year.