🔊 Here’s more about our name, before you ‘Remember The Name’! 😊 #GujaratTitans pic.twitter.com/UA1KcjT1Hr

Ahmedabad IPL Team Name – Hardik Pandya IPL Team:  “The moment you’ve all been waiting for… What’s the name of the newest franchise from Gujarat? Tune in to #Byjus #CricketLIVE tomorrow at 12:30 PM on Star Sports & Disney+Hotstar to find out!” Star Sports wrote on the micro-blogging website.

The moment you’ve all been waiting for…
What’s the name of the newest franchise from Gujarat? 🤔

Tune in to #Byjus #CricketLIVE tomorrow at 12:30 PM on Star Sports & Disney+Hotstar to find out! 😉

“We are ready to launch our team name & brand identity. The announcement will be made very soon & we are sure fans will love the entire effort”, said the Ahmedabad IPL Team offiical. 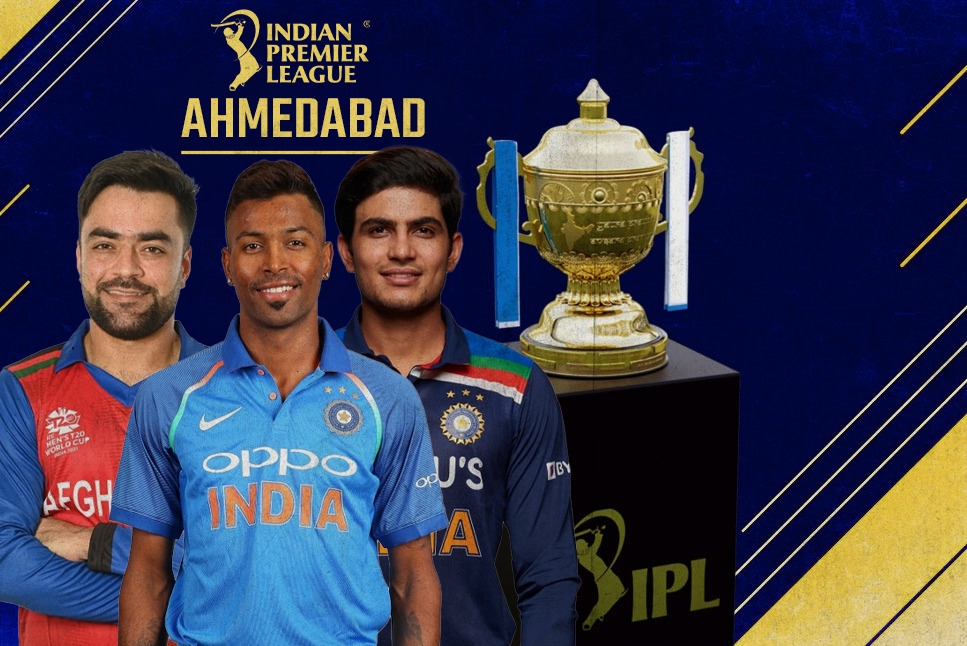 What are the venues for IPL 2022 Mega Auction? – Venue
The IPL 2022 auction will be held in Bengaluru on February 12 and 13, but hotel yet not decided

2. Mumbai Indians (MI): 5-time champions Mumbai Indians (MI) without an iota of a doubt will lead IPL’s most successful franchise for the 10th successive time. The 34-year-old recently named the new white-ball captain of the Indian cricket team. MI have retained Rohit for Rs 16 crore.

3. Delhi Capitals (DC): Rishabh Pant took the captaincy in the absence of injured Shreyas Iyer. A fit Iyer returned for the second leg, however Pant continued as the captain. He lead the team to the playoffs and will be seen donning the captaincy cap again in the IPL 2022. Former captain Shreyas Iyer opted not to be retained by DC.

5. Sunrisers Hyderabad (SRH): Kane Williamson took over the captaincy from David Warner during IPL 2021 and the Kiwi star will be seen marshalling the Orange Army in another season. The 2016 champions retained Williamson for Rs 14 crore, while Warner was released.

6. Punjab Kings (PBKS): Head coach Anil Kumble has confirmed that the franchise will like to build a team around Mayank Agarwal. The Karnataka star was franchise’s top pick during the retentions as he got Rs 12 crore.

7. Kolkata Knight Riders (KKR): The 2-time champions are most likely to give the captaincy opportunity to West Indies all-rounder Andre Russell who was their first choice in retention. The hard-hitting batsman has shown loyalty to the franchise and spent 8 seasons with them so far. KKR released their captain Eoin Morgan and vice-captain Dinesh Karthik ahead of the mega auction.

8. Royal Challengers Bangalore (RCB): Virat Kohli has stepped down from the captaincy and AB de Villiers has retired from all forms of cricket. The Bangalore-based franchise have a major task of naming a captain who can lead the likes of Kohli and Glenn Maxwell. Australian all-rounder Maxwell was RCB’s second pick during the retentions and the franchise has a good captaincy candidate in him. That said, RCB could eye someone like David Warner at the auctions. He has a proven track record as a captain and also looks like an ideal overseas replacement of de Villiers.

10. Ahmedabad: Ahmedabad IPL franchise is all set to announce Hardik Pandya (Captain), Rashid Khan and Shubman Gill as their three draft picks ahead of IPL 2022 Auction. But interestingly, Ahmedabad will pay Rs 15 crore each to both Hardik and Rashid while the former is going to lead the side. Shubman will be paid Rs 8 Crore.