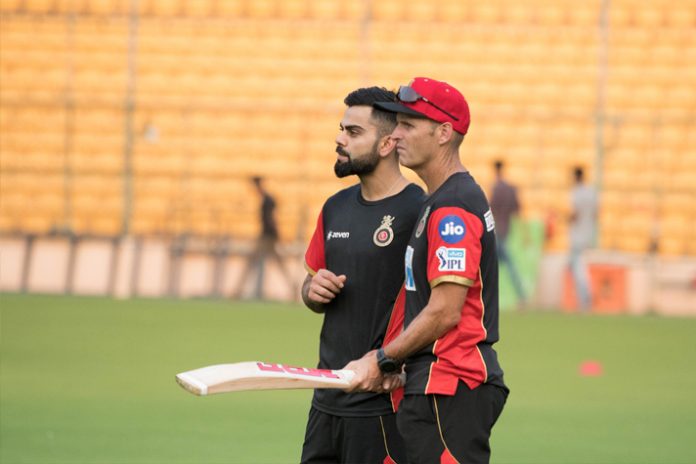 Gary Kirsten who joined RCB in 2018 as batting coach brings to the team a wealth of experience having played close to 700 international matches (ODI, Tests and First Class) scoring around 40,000 runs across all the three formats. Since taking over as the Head Coach of the Indian Cricket Team in 2008 and leading them to the World Cup win in 2011, Kirsten has for the past 10 years coached at the highest levels with 2 years as South African cricket team head coach, Head Coach in the T20 for 3 seasons and 1 season at Hobart Hurricanes before joining RCB last season.

RCB Chairman Sanjeev Churiwala said, “It has been a great eight-year journey with Daniel Vettori and we wish him the very best for all future endeavors. We are very happy to have Gary Kirsten take on the mantle of coach and mentor for Royal Challengers Bangalore. During the last IPL season, Gary has proved to be a brilliant mentor to both seasoned and young RCB players and we are confident that he will bring a fresh perspective to the team.”

Commenting on his appointment, Gary Kirsten said, “I had the privilege of coaching with the RCB team last season under head coach Daniel Vettori and thoroughly enjoyed the experience. I look forward to continuing the journey with RCB and doing my best to help the franchise reach its potential. I want to thank the team management for considering me in a leadership position with the franchise and I look forward to a successful few years.”

Moving on from Royal Challengers Bangalore, Daniel Vettori, the former head coach said, “I am extremely grateful for the eight years I have spent with RCB, as a player and a coach and I wish the franchise all the best moving forward.”