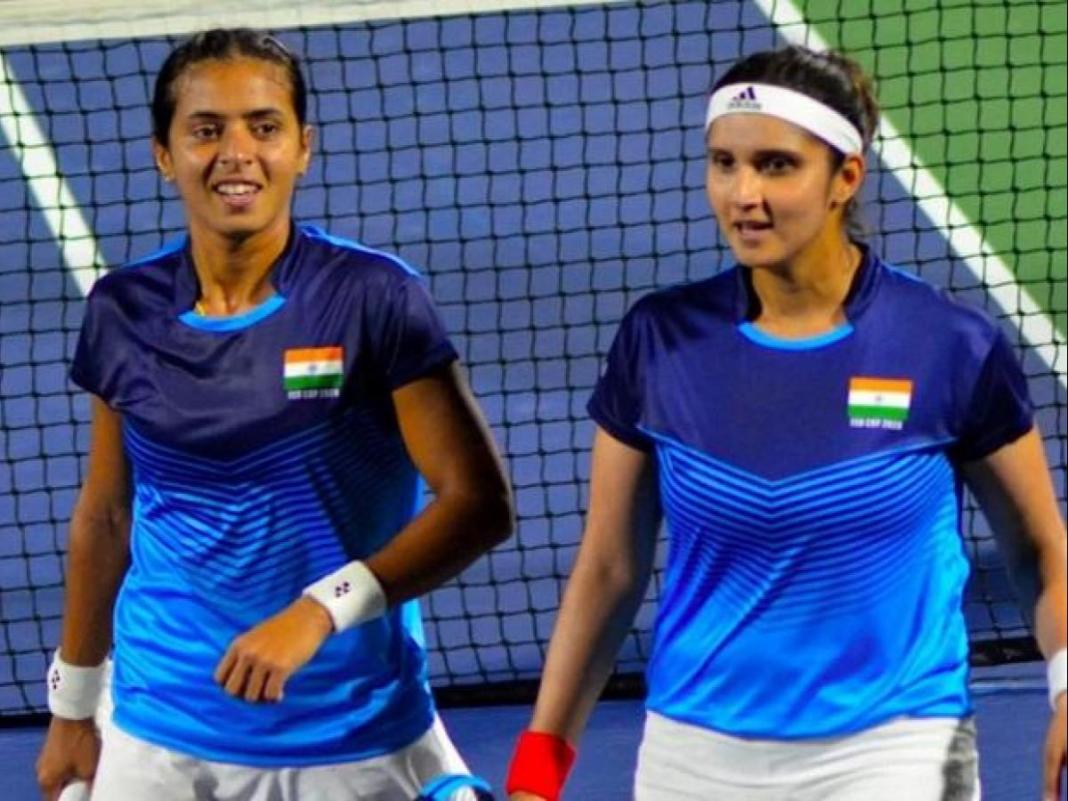 India at Tokyo Olympics: Indian tennis players need no less than a miraculous performance to get close to the medal rounds as an under-prepared team of Sania Mirza and debutant Ankita Raina faces a tough Ukrainian challenge in the opener while Sumit Nagal has got a tough draw in the singles competition starting Saturday.

Mirza, who is making a record fourth Olympic appearance, and debutant Raina are going into the Olympics without playing a single competitive match together this year, which is far from ideal preparation for the biggest sporting event on earth.

The last time Mirza and Raina shared the court was in March 2020 during the Billie Jean King Cup. They will open their campaign against Ukraine’s twin sisters Nadiia and Lyudmyla Kichenok.

“Every match is going to be a challenge and we will take one match at a time. Because Of pandemic and quarantine rules we were playing different tournaments. So after Fed Cup, we didn’t get a chance to play together,” Raina told PTI.

However, Mirza has tons of experience and she is playing with a player who is known to punch above her weight while representing the nation.

Raina has a big heart for a fight but it will all depend on the performance of Mirza, who has not been in the best of form with her serve to be an issue. During the recent Wimbledon championships, Mirza gradually upped her game from the baseline but her feeble serve was easily tackled by the rivals.

Interestingly, when Mirza returned to competitive tennis after the COVID-19 induced break in March this year, she and her Slovenian partner Andreja Klepac had faced the same Ukrainian sister pair and had prevailed.

Ranked as low as 137 post maternity break, 34-year-old Mirza has played only eight matches this season with a 4-4 win-loss record. The 28-year-old Raina, ranked 100, has just one single main draw victory to show since the beginning of the 2021 season.

In the doubles, she grabbed her first-ever WTA title with partner Kamila Rakhimova at the Phillip Island Trophy in Melbourne in February and broke into doubles top-100 but suffered five straight first-round defeats after that.

World No. 160 Sumit Nagal will take on World No. 197 Denis Istomin of Uzbekistan and if he proceeds to Round 2, he will have to face World No. 2 Daniil Medvedev.

Sania Mirza had her rankings protected, so she chose Ankita Raina, and they got the official entry into the tournament.

Sania Mirza had teamed up with Sunith Rao in Beijing in 2008, Rushmi Chakravathi in London in 2012, Prarthana Thombare in Rio 2016, and Ankita Raina will be her fourth different partner on the straight.

World No. 144 Sumit Nagal has made it to the singles draw of the Tokyo Olympics at a very last minute. None of the Indian singles players had qualified directly for the Olympics – but Nagal got lucky on two accounts.

Tokyo Olympics Tennis Live Streaming details & all other details – All Tokyo Olympic Tennis Matches will be Live Streamed on SonyLIV in India & Follow them LIVE on InsideSport.co.