BLR vs UPY Highlights: Bengaluru Bulls defeated UP Yoddhas 38-35 to go back to the third spot on the points table in…

BLR vs UPY Highlights: Bengaluru Bulls defeated UP Yoddhas 38-35 to go back to the third spot on the points table in the Pro Kabaddi League Season 9 on Sunday, 4th December 2022. With the victory, Bengaluru Bulls have also officially sealed a spot in the playoffs.  Follow InsideSport.IN for more updates.

Bengaluru Bulls triumph over U.P. Yoddhas in this #FantasticPanga 😎

Both teams went into the game with the knowledge that a win would see them qualify for the playoffs, and in the early stages, there was little to separate them. Soon, though, Bharat’s influence on the game grew and the UP Yoddhas, reduced in number, stared at an ALL OUT. Two consecutive SUPER TACKLES by Gurdeep, the second on Bharat, delayed the outcome. But eventually the Bengaluru Bulls inflicted the first ALL OUT of the game to take a slender 13-10 lead.

The Bengaluru Bulls kept the pressure up to increase their lead by two more points, capitalising on some errors by the UP Yoddhas defense to go into half-time holding a 19-14 lead. 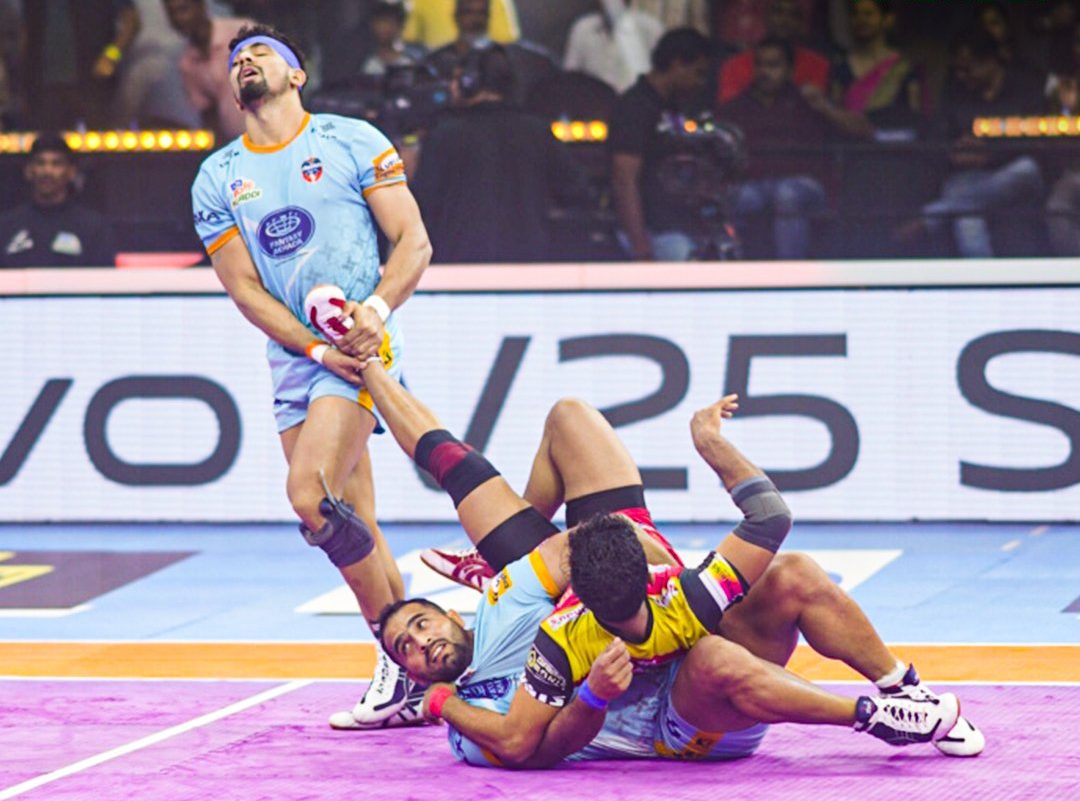 The Bengaluru Bulls carried the first half momentum into the early part of the second period, and soon enough inflicted a second ALL OUT on the UP Yoddhas to surge into a 10-point lead. With Bharat and Neeraj Narwal prolific on the raid, and Saurabh Nandal keeping the defense tight, it looked like they had locked up a victory.