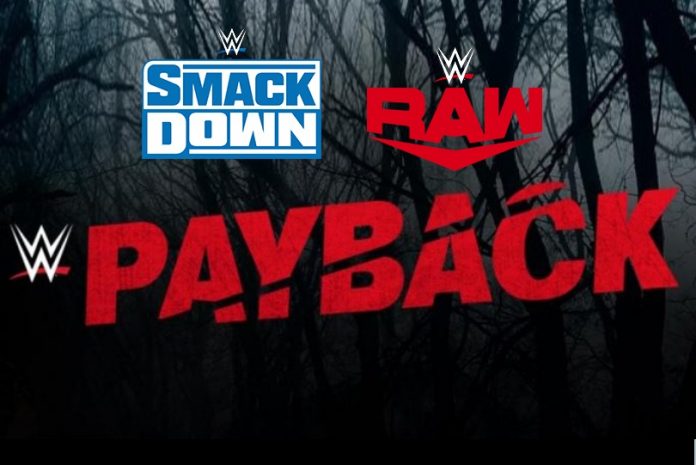 WWE Payback 2020: WWE’s next astounding event is just a day away from Sunday to stun everyone. Payback is scheduled to take place this Sunday Live from Amway Center, Orlando. Now five months into producing shows under coronavirus constraints, WWE is doing something different. Until now, its shows have taken place in its Performance Center. Payback will instead air from the “Thunderdom.”

However, we have official confirmation of eight catastrophic matches for this flabbergasting event that will blow your mind. WWE RAW has announced four matches for this extravagant event and nevertheless WWE Smackdown also has added two astonishing segments for this event.

Also Read:WWE Payback 2020 results LIVE streaming in India: When &#038; Where to watch it on AirtelTV, JioTV and SonyLIV this Sunday

Moreover, let us check out the confirmed matches from both WWE RAW and Smackdown for Payback

Keith Lee took a dig into it and threw down a challenge to Randy Orton for a singles match at Payback which latter accepted it. This could be a dream match for Keith Lee to defeat the 13-times WWE Champion at Payback and shine on main roster.

Nevertheless, ‘the apex predator’ would be in pestilent mood to destroy Keith Lee’s wrestling career in this match and add one more victim into his account. More or less it will a be thunderous contest between these two superstars meet this Sunday.

Women’s dominant forces Shayna Baszler and Nia Jax both formed a Tag team to face Bayley and Sasha Banks at Payback for the Tag team championships. It all happened in the latest episode of WWE Raw when Nia Jax took on Shayna Baszler in a singles competition earlier in the show. As expected, Baszler and Jax ended in a Disqualification match after Nia Jax attacked ‘the Queen of Spades.’

However, despite this rivalry Jax and Baszler took a dig on both Sasha Banks and Bayley at backstage when both of them were bragging against these two dominant forces. Jax and Baszler later confirmed that they will face ‘the Golden Role Models’ for their Tag team Championships this Sunday.

Dominik Mysterio, who has already WWE Universe with his stunning athleticism at SummerSlam against Seth Rollins now, he will be looking to do the same against Rollins and Murphy this Sunday with the assistance of his legendary father Rey Mysterio.

Furthermore, it will be interesting to see whether father and son claim their second victory Seth Rollins and Murphy with in a week or ‘Monday Night Messiah’ Rollins is all set to upset Mysterio(s) again.

After the tremendous end of latest episode of WWE Smackdown that included the return of Sami Zayn and colossal contract signing for WWE Universal Championship. Now, WWE has added one more interesting match for this Sunday’s PPV – Payback that Matt Riddle will take on King Corbin in a singles competition.

WWE Payback now has featured with six jaw-dropping segments that will take place this Sunday Live from Amway Center, Orlando.

Finally, Matt Riddle got his first chance to go into singles PPV match and he will like to break the shackles against King Corbin in this match. These two have some heated rivalry over the past one month so and they will be looking to settle their accounts with each other this Sunday.

It’s on and we can’t wait! The return of the big dawg goes down this Sunday! ?#WWERAW #WWEPayback pic.twitter.com/L6jHJOC2Nk

Apollo Crews the current United States Champion successfully defended his Championship against MVP last night at SummerSlam in the early kick-off. Crews is now all set to defend his US title once again this Sunday at Payback. Crews will face the dominant force of ‘Hurt Business’ Bobby Lashley at Payback and his title will be on the stake in this match.

Earlier today it was confirmed on “Talking Smack” that Big E would face off with The Celtic Warrior at WWE Payback. The New Day powerhouse defeated Sheamus earlier this month on the blue brand, as Big E has continued to build momentum at the start of his Singles run.

Sheamus has built his WWE career by crushing the dreams of the most optimistic Superstars. Will Big E make a huge statement or will Sheamus provide a punishing roadblock?

Tag Team match: The IIconics vs The Riott Squad

The next chapter in the heated rivalry between The Riott Squad and The IIconics will be written when they clash during the WWE Payback Kickoff show, tomorrow night at 6 ET/4 PT.

Ruby Riott found herself on the receiving end of mockery from Peyton Royce & Billie Kay in recent weeks, with the Australian duo claiming Riott had no friends. But after apologizing to her estranged partner Liv Morgan, The Riott Squad was back in action and the odds evened against The IIconics. But in several bouts pitting members of the two teams against each other, it seemed as though Riott and Morgan needed to get back on the same page, while The IIconics often had the last laugh.

Will The Riott Squad be able to shut The IIconics up, or will Billie Kay & Peyton Royce be laughing once again?