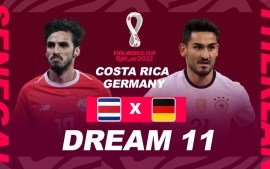 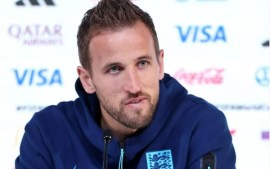 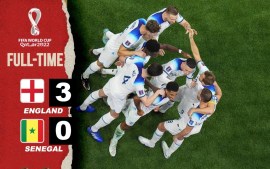 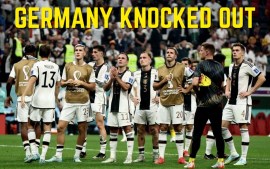 Thomas Muller was denied a tap-in by an important intervention from Kyle Walker and the Bayern Munich star had the ball in the back of the net in the 13th minute, though play was pulled back due to an injury to Kalvin Phillips.

Hofmann slotted home after Harry Maguire was caught out by Kai Havertz, but the goal was ruled out by an offside flag and the decision was upheld after a lengthy VAR check. Kane wasted a rare chance for England in the 26th minute by blazing over when Manuel Neuer spilled a corner at his feet under pressure from Maguire.

Gareth Southgate’s side struggled to keep pace after the restart and fell behind when Joshua Kimmich picked out Hofmann, who drilled the ball past Jordan Pickford. It would have been two had Pickford not managed to get a strong hand to Muller’s volley at the near post after an excellent delivery from David Raum.

Neuer produced a brilliant stop to keep Kane at bay with 15 minutes remaining but the England captain finally got the better of the Germany keeper from the penalty spot to earn the Three Lions a share of the spoils.

What does it mean? Kane closes in on record

By reaching 50 goals for England, Kane has now found the back of the net more times than all the other players in the Three Lions squad combined.

He is only the third England player to score three goals against Germany, joining Geoff Hurst and Michael Owen. However, he is the first to have achieved it by scoring in more than one game.

Kane could now feasibly draw level with Rooney before the end of this set of internationals next week.

England host Italy at what will be an empty Molineux on Saturday in a repeat of the Euro 2020 final, while Germany are away to Hungary on the same day.

Amid a packed Nations League schedule this summer, Germany now travel on to Budapest, where they tackle Hungary on Saturday, while England next face their Euro 2020 nemesis Italy, back on home soil.