IND vs NZ 2nd Test: Virat Kohli returned to captain India in the second Test against New Zealand and was just 4-ball-old…

IND vs NZ 2nd Test: Virat Kohli returned to captain India in the second Test against New Zealand and was just 4-ball-old on the crease when a controversial decision from third umpire Virender Sharma forced him to register his 10th duck in the format as India captain. Follow IND vs NZ 2nd Test Live on InsideSports.IN.

On the final ball of the 30th over, a pumped up Ajaz Patel appealed against a LBW chance against the 33-year-old as Anil Chaudhary wasted no time in giving the decision in favour of the Kiwis. Kohli was quick to retort and reviewed the decision straight away.

The replays apparently showed the ball hitting the bat and the pad at once, however due to lack of any “conclusive” evidence, the TV umpire did not overturn Chaudhary’s decision and asked him to stay with it.

However, Anil Chaudhary whose umpiring standards have been in question in the past as well, did not raise his finger immediately and had few words with Sharma. The 56-year-old was visibly nervous as ball tracking showed the ball hitting the stumps head-on.

#ViratKohli @imVkohli @BCCI
If this is out then your choice of umpire is excellent ✌️
Clearly ball hits the bat first 😡😡😡😡😡😡😡
Next level of #umpire pic.twitter.com/5XK7qpuBhZ

It was then that cricketer-turned-commentator Deep Dasgupta was heard saying, “Dar gaya hai wo (Anil Chaudhary)”.

Soon, the umpire raised his finger at once as Kohli had an argument with Nitin Menon – the second on-field umpire for the second and decisive Test. The crowd booed the umpires as Virat Kohli walked back to the pavilion in disgust.

Earlier, in the over Ajaz Patel had cleaned bowled Cheteshwar Pujara who had survived a stumping scare on the previous delivery.

After winning the toss and electing to bat first, India lost three wickets for the score of 111 in the first session. Notably, the first session was washed out due to wet outfield and an early lunch break was taken. At the stroke of Tea, Mayank Agarwal was unbeaten on 52 and was accompanied by Shreyas Iyer, who is playing his first Test at his home ground. 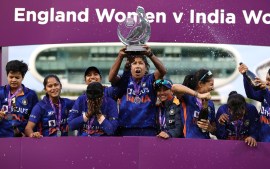 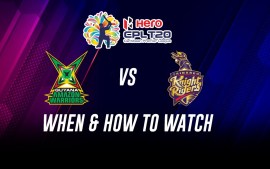 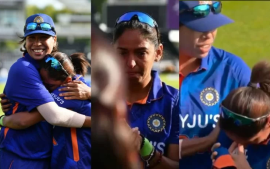