Also Read: Genshin Impact Streamer Recruitment Event on Twitch: Check How to register for it 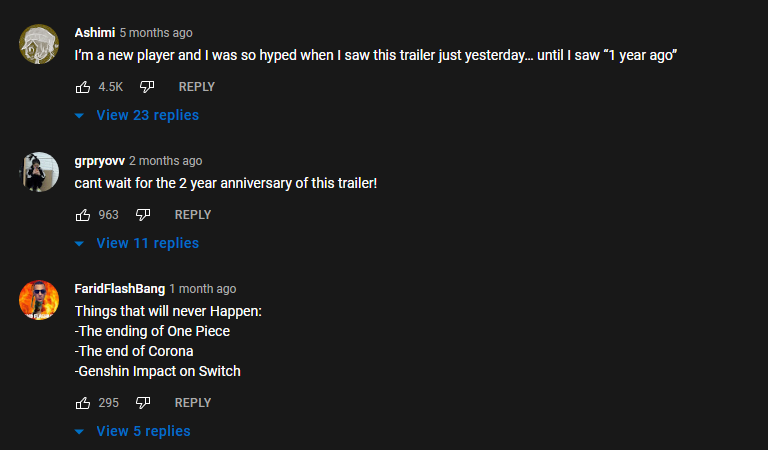 But here’s the interesting part. Finally, there have been rumors that Genshin Impact may release on Nintendo Switch soon. However, making assumptions about the release date is yet white difficult for us. But it is safe to assume that Genshin’s Nintendo Version will release in 2022. Nevertheless, despite being angry at the fact that miHoYo made the switch players wait for such a long time, the player’s hype for Genshin’s release on Switch has been growing tremendously after the rumors.

Read More: Raiden Shogun to make a Come Back as a Weekly Boss in Genshin Impact 2.5 update

That said rumors are still rumors and there is no confirmed released date of Genshin on Switch. Either way, it would be safe to assume that the switch players with get Genshin soon. And personally, after witnessing the wait for Genshin Impact to release on Nintendo Switch, I don’t think that miHoYo should or will delay the release of Genshin on Switch. Nevertheless, here’s the link to the trailer of Genshin Impact on Nintendo Switch. Make sure to watch this short trailer if you haven’t yet.