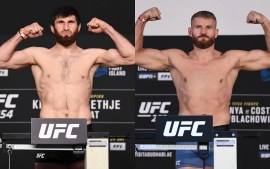 UFC 282 Jan Blachowicz vs Magomed Ankalev : How Much Are UFC… 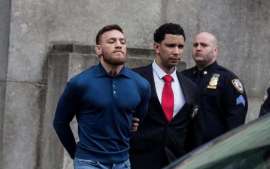 Conor McGregor arrest: How many times did UFC star McGregor get arrested… 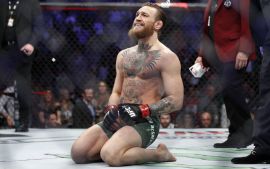 Conor McGregor: Notorious promises to ‘comeback and slaughter’ on his UFC return 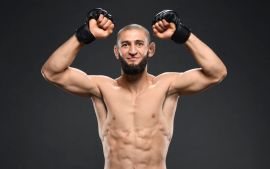 Conor McGregor weight: UFC News: Conor McGregor is one of the greatest UFC fighters to have ever competed inside the Octagon. Unfortunately,…

Conor McGregor weight: UFC News: Conor McGregor is one of the greatest UFC fighters to have ever competed inside the Octagon. Unfortunately, “The Notorious” hasn’t been seen inside the Octagon since his fight with Dustin Poirier at UFC 264, which left him with a serious leg injury. Since then, McGregor has been tirelessly preparing for his comeback and already seems to be in phenomenal shape. For UFC News updates with InsideSport.in

Meanwhile, after he published a recent photo of himself, the internet erupted as he seemed to be jacked. Interestingly, one commented that his obsession with bulking up had put his career at risk.

Given that the Irishman has consistently drawn attention throughout his career, it is hardly surprising that he is doing so now. But ever since he first displayed his chiseled shape, people have been in awe of him. And he repeated this action once more. McGregor tweeted a photo of himself riding a bicycle while showing his massive, pumped, bulked-up biceps with the caption, “Don’t be scared homie.”

Consequently, fans responded to his tweet with praise in abundance. On the other hand, a user named Marcus LosGreat wrote, “His obsession with Bulk has hurt his career.”

His obsession with bulk has hurt his career

Likewise, many users had the same opinion.

Explains why he hasn’t fought… https://t.co/g5U0T0xzL9

Nobody, not a single person is scared homie

Has the weight of Conor McGregor harmed his career?

McGregor has, in fact, never been physically as muscular as he is now. And many fans raised an eyebrow as one user said that it had harmed his career. It is so intriguing to understand if it will harm his career or not, and his coach John Kavanagh is the greatest person to provide an answer. While discussing it, he remarked, “In terms of am I worried in a couple months’ time he’ll struggle with the weight? No.”

He added, “What he is going to come back I believe is much stronger. Any strength and conditioning coach will tell you, it’s not massively difficult to get somebody cardio-fit, but it is hard to get them strong. So he’s focusing on what he can do now, which is get strong, strong, strong.”

Fans have been riveted to their screens to watch him fight inside the octagon, and he has hinted on Twitter that he will return very soon. So it will be interesting to see how he performs with his bulked-up and transformed physique.