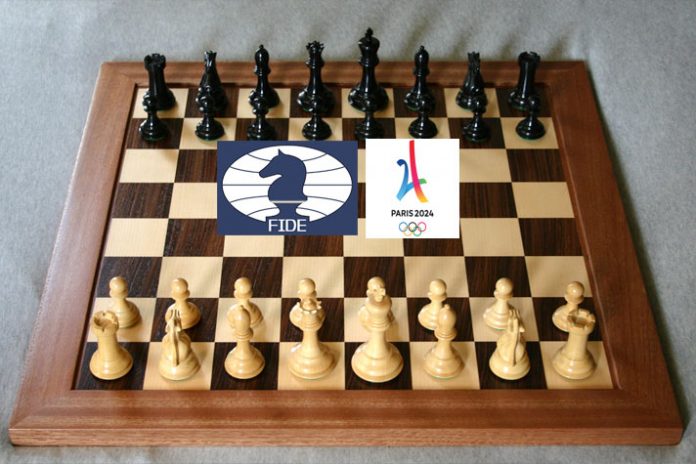 World governing body for chess FIDE has made the first move to have 64-squared boards spread at the 2024 Paris Olympic Games. Proposal is mooted to pursue the International Olympic Committee for considering rapid and blitz formats for a place in the Paris 2024 programme.

Kouatly, also the FIDE Deputy President, has confirmed that the world body has decided to nominate chess “as a additional or demonstration sport” for the Paris 2024 Olympics. The official application was already sent on January 30, and the next step is to create the conditions to be included by the Organizing Committee of the Olympic Games (OCOG) and by the International Olympic Committee (IOC).

Tokyo 2020 Games have included five new sports – surfing, karate, skateboard, baseball and climbing – to the 28 disciplines from the 2016 Rio de Janeiro Games. Paris 2024 can maintain all or part of these five sports, or propose others to the IOC, even in demonstration only, adds Kouatly.

Paris 2024 Sports Director Jean-Philippe Gatien in October last had written to all the presidents of the international federations recognized by the IOC to inform them of the terms of an application and the timetable to be respected. He has said that two criteria must be fulfilled in order to be a candidate: that the sport has a tradition in France, and that the sport “speaks” to the youth of France.

“I sincerely believe that our discipline responds perfectly to these two conditions,” Kouatly said. “This is a real opportunity to highlight our discipline and the success of our initiative will largely depend on the mobilization we will organize on the ground, with millions of practitioners.”

In what will be a long and complicated process, chess will have to fulfil many more criteria, besides an appeal to millennials. Areas that will be looked at include the sport’s history and tradition, gender equity, its overall fanbase as measured by e.g. TV audiences and social media, transparency and fairness, and for instance its advertising revenue potential.

Chess is one of the largest sports organisations, with currently 189 national federations affiliated to FIDE. Chess is growing in France, where two third of the members of the federation are aged under 18.

A final decision on chess and Paris 2024 won’t happen before the end of the the Tokyo 2020 Olympics.