BGIS Semi Finals Day 1: Matches of the Battlegrounds Mobile India Series 2021 Semi Finals kicks off today. We have witnessed a total of 6 matches on day 1 where each team has played a total of 4 matches. After day 1 matches Skylightz Gaming is leading the leaderboard of BGIS Semi-Finals. OR Esports and R Esports finished day 1 in second and third place respectively. Here is a detailed summary and overall standing of day 1 of Battlegrounds Mobile India Series Semi Finals.

Total 6 matches have taken place on day 1 in the round-robin format where each match features two groups’ teams. Match 1 has taken place in the Erangel map where Tactical Esports has come up with the chicken dinner. The team has secured the 9 finishes in the match. In the second match, Tactical Esports has again come up with the win in the map of Miramar. They secured the win with 6 kills. 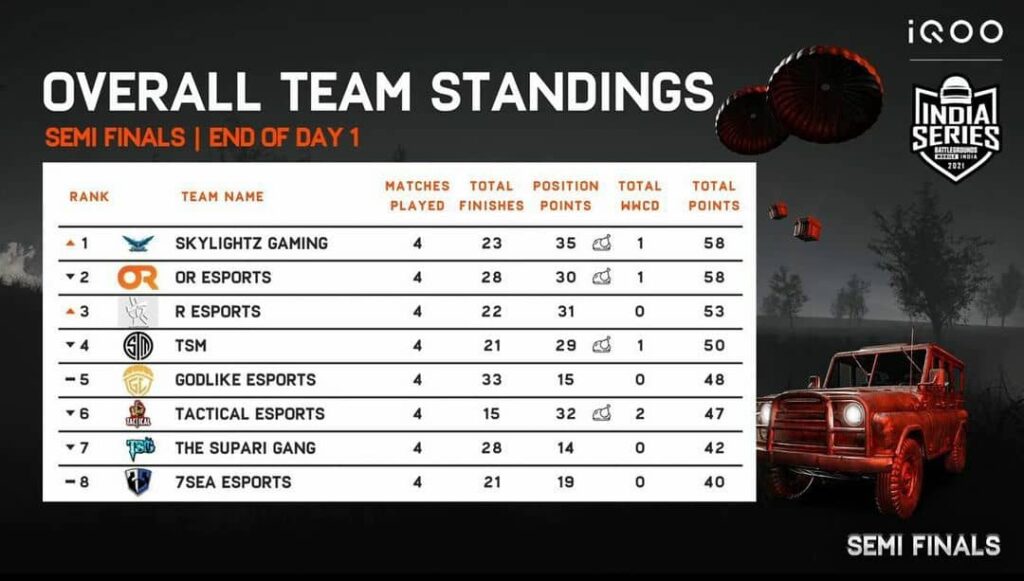 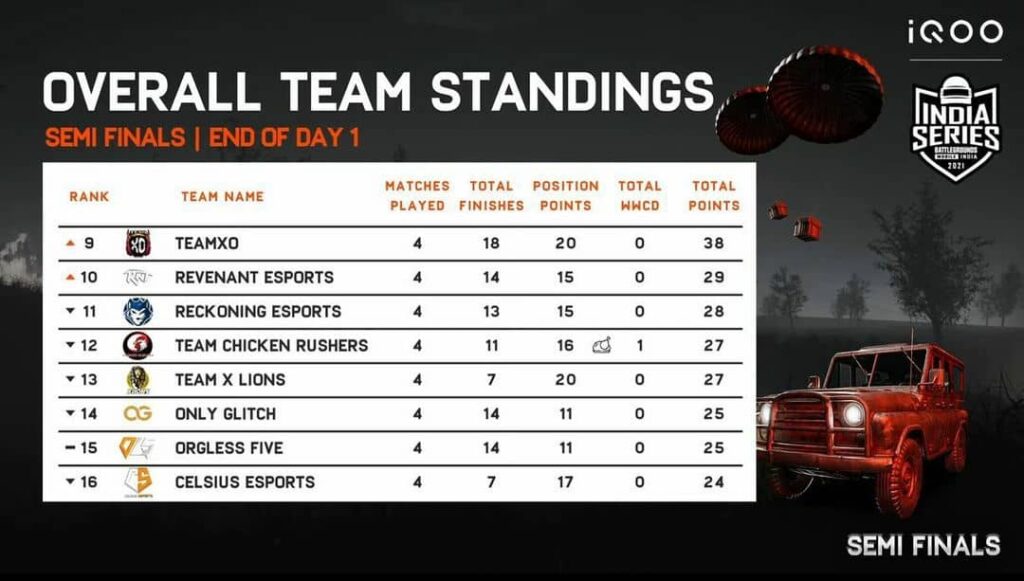 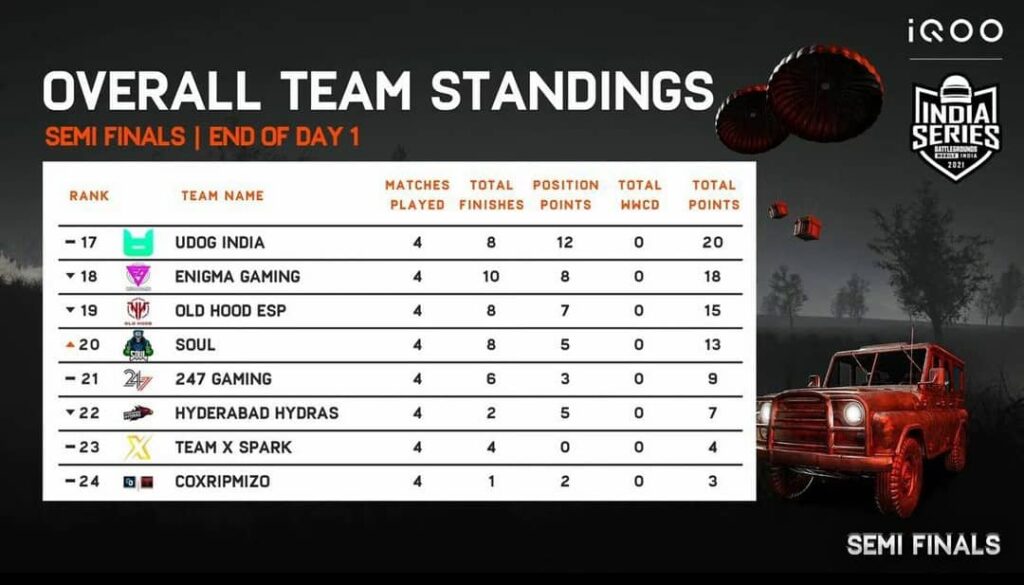 There will be a total of 3 groups containing 8 teams each. The matches will be played in the round-robin format where a total of 24 matches will take place in the semifinals. The Semi Finals of the Battlegrounds Mobile India Series 2021 will take place from 7th to 10th January. Each team will play 4 matches per day. Top 16 teams from the overall standings of semis will proceed to the Grand Finals of BGIS 2021.

WHERE TO WATCH THE MATCHES?

All matches will be live-streamed on the official youtube channel of Battlegrounds Mobile India. The day 2 Matches will start tomorrow at 5:30 PM today.