Archery World Cup: India’s recurve archers, who had a nightmarish qualification round in the women’s event, bounced back strongly to storm into the final, confirming their first medal at the ongoing World Cup Stage 3 on Thursday. Follow Archery World Cup Updates with InsideSport.IN
A day after all of them slipped out of top-30 in the qualifying round to get a lowly 13th seed, the trio of Deepika Kumari, Ankita Bhakat and Simranjeet Kaur beat Ukraine, Britain and Turkey en route to the summit clash.

They will be against Chinese Taipei on Sunday. 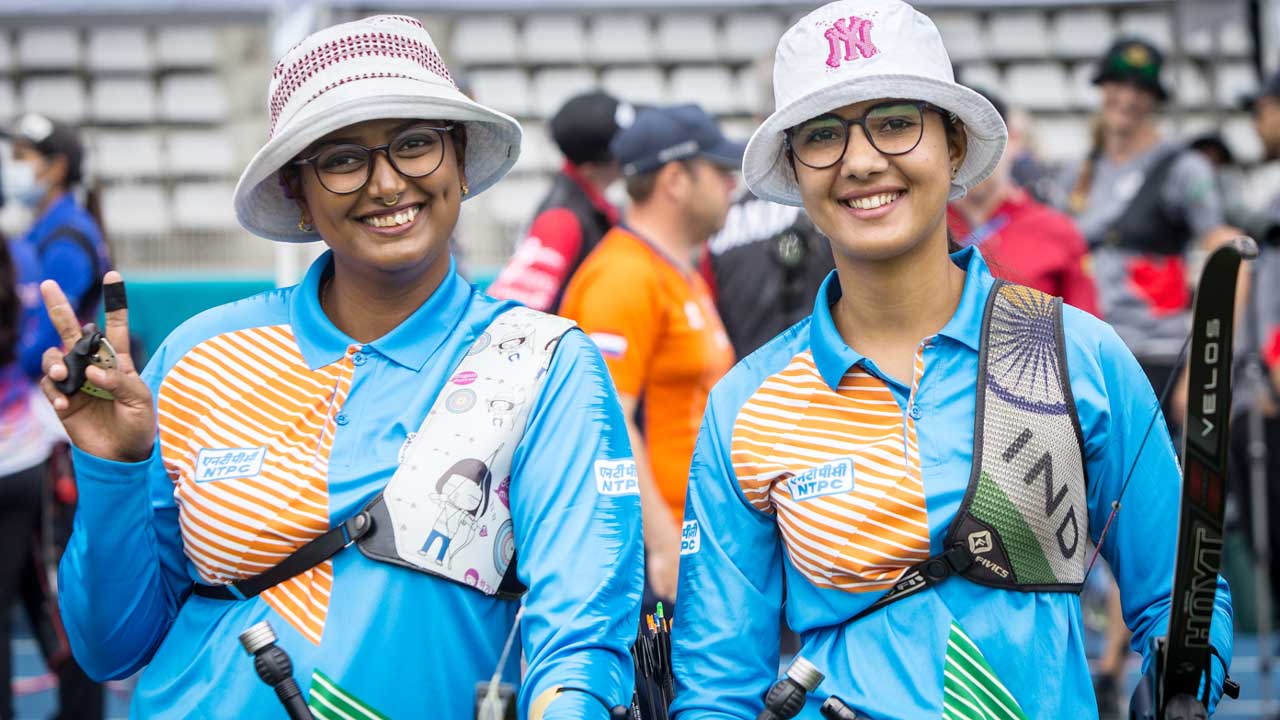 In the semifinals, they had a slow start, aggregating 56 in the first set but their eighth-seeded Turkish rivals Gulnaz Coskun, Ezgi Basaran and Yasemin Anagoz shot a poor 51 to concede the first set by five points.

The Indians stepped up in the second set to edge out their rivals by one-point before they went on to lose their first set of the day when the Turkish team won the third 55-54 to make it 2-4.

Luck also was on their side as they did not have to face their nemesis Koreans as the top-seeds were upset by the eighth-seeded Turkish team in the quarters.

In the final on Sunday, they will be up against the third seed Chinese Taipei, who have Rio Olympics team bronze medallist Lei Chien-Ying in the line up.

Share
Facebook
Twitter
Pinterest
WhatsApp
Previous articleBundesliga: “Am going to be Liverpool’s No.1 fan forever,” says Sadio Mane after joining Bayern Munich on a permanent transfer
Next articleMesut Ozil in Esports: Ex-Arsenal star responds to rumors of venturing into professional eSports upon retiring from football
- Advertisement -