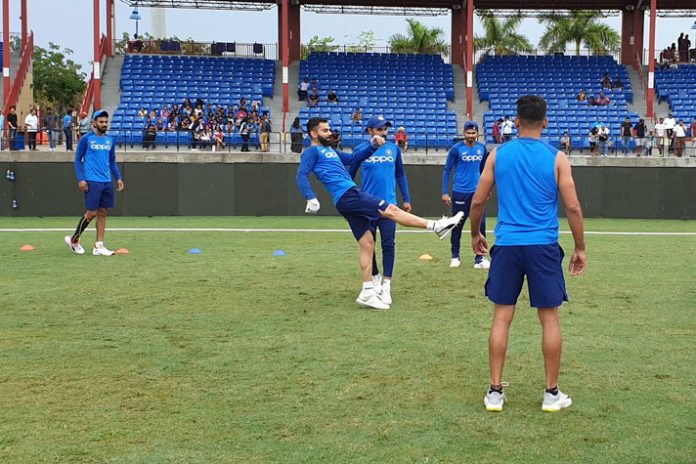 India return to the Florida, Miami, after three years to play two T20 International against the West Indies. The game will have a long-lasting impact to expand cricket in the USA.

Going into the match, sport’s biggest brand icon Virat Kohli foresees the country as an important market to tap into for expanding sports global footprint. Team India skipper believes more international series in the country would enable cricket penetrate into American communities beyond Asian diaspora, which already makes a huge base for the sport.

A full house is on the cards as people of Indian origin and other Asians are set to throng the Lauderhill stadium.

“For now, I think it’s all about creating that buzz and just getting people in to watch the games,” Kohli said on the eve of the first T20I. “The more we come here and play, obviously, the game is going to get more and more buzz around it, people are going to talk about it.

“You see 15,000-20,000 people going to a place to watch something, obviously it should be important. Hopefully, in years to come, people will have more interest. Local people in America as well, not just the Asian community or the West Indian community, but the whole community in general will have more interest in the sport,” International Cricket Council has quoted Kohli as saying on the eve of the three-match series opener.

“I think T20 cricket is something that can be understood and accepted in the American culture because of the length of the game, and it’s quite entertaining as well. So I think for the sport to become global in many ways, a lot of interest here will go a long way in achieving that for the sport. Hopefully, in years to come, we’ll have more tournaments and more series here, where people just come in and start understanding the sport and just having fun like they do in any other sporting event here.”