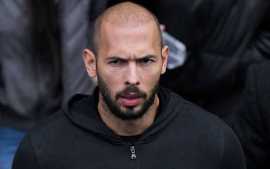 Andrew Tate accused of pornography, Moldovan lady claims he “transform them into… 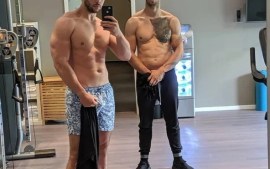 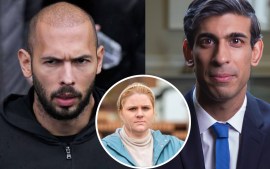 WATCH VIDEO: Adin Ross, a Twitch star, announced on YouTube that he would be visiting Andrew Tate in jail. The day before,…

WATCH VIDEO: Adin Ross, a Twitch star, announced on YouTube that he would be visiting Andrew Tate in jail. The day before, Andrew Tate Twitter updated that TOP G had been permitted to receive five guests while incarcerated. Tate filled out a visitor request form and listed Ross and four family members. Romanian authorities got Andrew Tate arrested for rape, human trafficking, and numerous other heinous offenses in earlier January. Follow the latest Andrew Tate arrest updates with InsideSport.IN

Romanian authorities searched Andrew Tate’s residence on December 29, 2022, and he was detained. After this initial information, it was made known that the influencer would be held for at least 30 days.

Since then, Adin Ross, a well-known content creator, has started speaking about his friendship with Tate more frequently. He acknowledged that the information regarding Andrew’s recent accusations and arrest has affected and impacted him. Let’s fast-forward to January 18, when Tate disclosed that he had added Adin to his list of permitted visitors—indicating that he would be allowed to see Tate while imprisoned.

Besides my lawyer, I’m allowed 5 visitors,

4 are family members and the 5th is @adinross

The native Floridian claimed that after seeing the Andrew Tate tweet, he got the “greatest smile.” He declared:  “Oh, man! I woke up to that today and just had the biggest smile. I’m like, ‘Oh my god! This is real! This is crazy!'”

“I’m Going to Visit Andrew Tate in Jail” is a two-minute video that Adin Ross uploaded on his YouTube channel, beginning with expressing his excitement for the new year.

“I’ve already told you guys that Andrew took me in and treated the people around him and me with the utmost respect and affection. And he’s never made me feel uncomfortable or creeped out, and he’s never, you know, given me the shoulder. He has always shown love and open arms.”

At the end of the video, Adin Ross confirmed that he would be going to Romania to see Andrew Tate in person. He declared: “If I’m going to visit Andrew in jail because he did add me to his visitation list, that is the answer to everyone’s query. The solution is this (the streamer starts his car). Andrew, I’m on my way now! You and I shall meet in Romania, G. I have to travel in my fancy vehicle. I don’t own a Bugatti, but I will someday.”

Also Read: Andrew Tate: Alleged victims made shocking claims on live TV as they come out as ‘family’ to Tate brothers. Here’s more