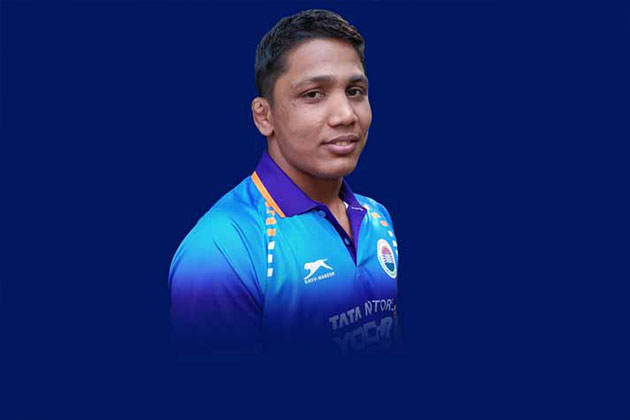 It is Gulia vs Valiev of Russia for bronze medal, watch LIVE @ 10.30 PM on WrestlingTV.in

The young guns of the world wrestling did not disappoint and ended up giving display which was treat for the fans in the stadium and otherwise. Both of them matched each other move by move as the first round ended marginally in the favor of Russia with 2-1 lead.

The round 2 was the real thriller as Gaurav immediately scored 2 to lead 3-2.
The see-saw battle continued for next 3 minutes in which the Russian finally prevailed over the Indian by 12-9 scoreline.
Earlier, 18 year old Gaurav Baliyan who is making his…Click here to Continue reading