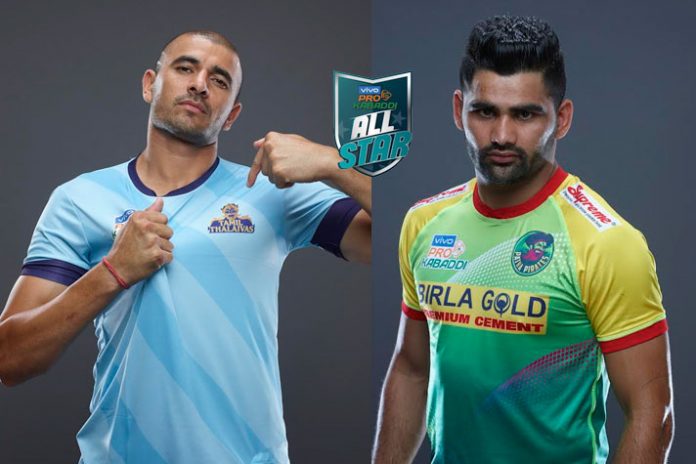 For the first time in Pro Kabaddi League history, the nation will witness a match with the best of Indian talent and the finest international kabaddi players of the Pro Kabaddi League Season 7. To build excitement for the upcoming season 7 starting on July 20, Mashal Sports in association with Star Sports will treat fans to an exciting PKL All Stars match on the July 13 at the Gachibowli Stadium, Hyderabad, today (Saturday) from 7 p.m.

Anupam Goswami, CEO, Mashal Sports and League Commissioner, Pro Kabaddi League, “By introducing the concept of All-Stars, Pro Kabaddi is taking a very significant step towards engaging product differentiation for its fans, players, and sponsors.  A ‘Rest of World’ team too is a unique concept that will only keep becoming more and more salient in international kabaddi.”

Fazel Atrachali, captain for the World 7 said, The All-Star game is giving us International players a unique opportunity to play with and against some of the best Kabaddi players in the World. I’m looking forward to playing this match tomorrow.”

Ajay Thakur, captain for the Indian 7 said, “This All-Star match is a preview to the toughest season starting within a week and the game is going to be a great experience for all players involved, as it is one-of-a-kind. Team Indian 7 is prepared and we are looking forward to clashing with the best of international talent. As the captain of the team, I want the players to enjoy the game and give their best shot at winning it.”

Also Read: Pro Kabaddi: No new brands on board as many partners opt out