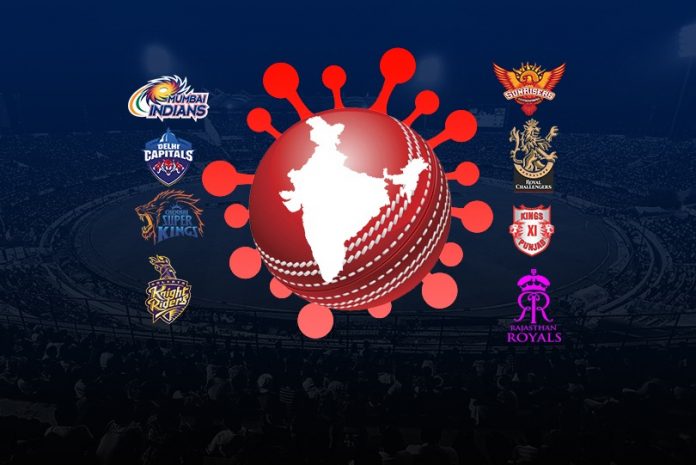 Be it the home city of Chennai Super Kings or the Mumbai Indians or most of the other Indian Premier League (IPL) franchises – the Covid19 has affected the IPL cities the most in the entire country. Call it just an unfortunate coincidence or something else, but the truth is that in the nation where cricket is the religion and IPL its biggest celebration – the home cities of the most popular franchises are feeling the Coronavirus pinch like no one else. The 8 IPL cities are contributing almost 45% of the total cases in the country and 47% of total casualties.

According to one of the BCCI official, this too is one of the big area of concern and can become a roadblock in the re-scheduling of IPL 2020 in these cities.

“Delhi, Mumbai, Chennai and few others IPL cities are the most impacted by Corona. Cases in these cities are still not coming down. Instead they are increasing by the day. Under these circumstances, for now we can’t even imagine tournaments, cricket in these cities”, said the BCCI official.

Mumbai the home city of Mumbai Indians has the most Coronavirus cases in the country. The financial capital of the country and the most successful team of IPL has so far registered 42,216 (till last reported) cases and the most numbers of casualties with 1368.

Delhi Capital’s home city Delhi is the second most impacted city in the country followed by MS Dhoni’s Chennai Super Kings. The Corona cases in both the cities are getting alarming by the day.

Kolkata Knight Rider’s – Kolkata was earlier devastated by Amphan Cyclone and now Corona is gripping the city as the count is gaining momentum now and has already reached above 2295 cases with 222 deaths. Same is the case with Rajasthan Royals home city Jaipur. The Pink City is the worst affected city in the entire Rajasthan.

Another Big Challenge : How to maintain grounds and pitches in these cities ??

If the T20 World Cup gets postponed, the BCCI as declared by its Chief Executive is targeting the post monsoon window for IPL 2020. But even if the window becomes available, the biggest challenge for the board would be to get the pitches ready for IPL 2020 by September in these Covid19 impacted franchise home cities. The upkeep of these grounds and pitches is almost impossible during these circumstances.

According to some experts – Playing surfaces get a top dressing (manure, fertiliser, a special kind of soil) before monsoon hits in June. For India’s international venues, it’s a thorough 10-day process that infuses freshness into strips left weary from previous season’s matches. But the national lockdown to deal with Covid-19 has sent that the usual work schedule for a six.

“For the last 10 years in the BCCI, we have had courses for the curators, in that we teach them off-season renovation,” says Daljit Singh, the former fist-class wicket-keeper in a recent interaction with the Hindustan Times.

“You play the whole year on it, roll it, wear and tear happens and, at the end of the season, the wickets are overloaded. It has dead grass, organic matter goes inside. We have to do some top dressing for the next season. (If) We do it before the monsoon, it settles down during the rains and new grass grows. If you are unable to do it, your pitches will (gradually) play slow next year. Your pitches will become tired,” says Singh, who headed the pitches and ground committee for BCCI for very long time.

The IPL is all about 4s and 6s, slow and tired wickets means the flashiness and zing of the world’s most lucrative league goes for a toss. Not only this, some experts feel if the suffering for IPL franchise cities increase further it will even get difficult for the city administration to even provide regular police, fire permissions and protections whenever the league comeback to these cities.