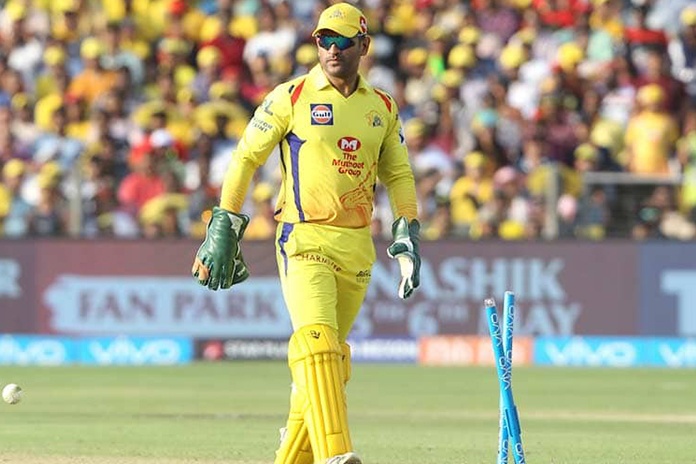 MS Dhoni is not only known for his finishing heroics and ending the match with a big shot, but he is also famous for his leadership role and taking surprising and bold decisions which can change the course of the game.

Dhoni’s leadership skills were once again on display on Tuesday when he surprisingly sent Sam Curran to open for Chennai Super Kings against Sunrisers Hyderabad in the match no. 29 of Indian Premier League 2020.

The move paid dividends as the youngster gave a good start to his side by hitting 31 off 21 balls which included 3 fours and 2 sixes. Also, sending Curran to open provided depth in Chennai’s batting line-up as Shane Watson (42) came to bat at no.3 and he and Ambati Rayadu (41), who played as no.4 batsman, stitched an 81-runs partnership for the third wicket which proved to be crucial for the three-time IPL winners as they defeated SRH by 20 runs.

Here we take a look at top 5 most surprising decisions that Dhoni during his career:

World Cup is undoubtedly the biggest event in any sport and making unconventional decisions in the final game of the elite tournament requires nerves of steel. However, Dhoni, who is also known as ‘captain cool’, had it all mapped out in his head when he decided to give the last over to rookie medium-pacer Joginder Sharma in the thrilling final of the inaugural T20 World Cup in 2007 which was played arch-rivals between India and Pakistan.

India needed to defend 13 runs in the final over while Pakistan had only one wicket left. But with Misbah-ul-Haq in the middle, the momentum was with Pakistan as he had smashed Harbhajan Singh for three sixes in the 17th over and was looking in top form.

Dhoni told Joginder to bowl as wide as he could instead of taking a wicket and the decision turned out to be a masterstroke as Sharma stuck to the plan and managed to defend the target, picking up the wicket of Misbah-Ul-Haq in the process. India won the final by five runs to clinch the first edition of the World T20.

India were leading 1-0 in the four-match Test series against the Aussies back in 2008 as the first and third Test match of the series ended up in a draw, while India won the second Test in Mohali to take the lead. Heading into the final Test in Nagpur, Dhoni and co. had the chance to seal the series with either a draw or a win.

But after India made 441 in the first innings, Australia took control as they were 189/2 in 49 overs with a healthy run rate of about 3.9 at the end of the second day and it looked very likely that Australia would overtake India.

However, on the third day, Dhoni, in only his third Test as captain, instructed his bowlers to bowl outside off-stump and negate the attacking threat of the batsman.

This “negative” tactics move by Dhoni was criticised by many commentators and purists and they blasted him for playing for the draw. However, Australia totally imploded on Day 3 and scored just 166 runs in 85.4 overs at an abysmal run rate of 1.9 to end up with a total of 355 runs, well behind India.

In the final innings, India counter-attacked with Virender Sehwag hitting 92 and Dhoni smashing a quick half-century to set an improbable target of 382. Ultimately, India crushed Australia by 172 runs to take the series 2-0.

The final of the 2013 Champions Trophy between hosts England and India had to be curtailed. It was a 20-over affair and batting first, India scored 129 in a game which later turned out to be a low scoring thriller.

Chasing a meagre 130, England were well on course to reach their target, needing just 28 off 18 balls with 6 wickets in hand.

To bowl the 18th over, Dhoni had to select one among Umesh Yadav, Ishant Sharma and Bhuvneshwar Kumar and in the end, he opted for Ishant despite the fact that the pacer gave 28 runs in his first 3 overs and looked totally tired and jaded.

However, giving the ball to Ishant proved to be the turning point of the game as he removed both set batters – Eoin Morgan and Ravi Bopara, and in the end, India won the game by five runs to clinch the Champions trophy.

India v Bangladesh, World T20 in 2016: Removed one of his wicket-keeper gloves

In the World T20 match against Bangladesh, the pressure was on the Men in Blue when the opposition needed 2 runs off 3 balls at Bangalore. Mushfiqur Rahim already smashed the previous two deliveries to the boundary and only a miracle could save India.

However, Hardik Pandya, who was bowling the last over, changed the contrast of the match completely by removing Rahim and Mahmudullah in consecutive balls. Then came the Bangladesh tail-ender Shuvagata Hom at the crease with the Tigers needing to score two runs off the last delivery to win the game. This is when Dhoni instructed Pandya to bowl a short ball as it will be difficult for a tail-ender to play that particular ball.

Meanwhile, Dhoni decided to remove one of his gloves before the last ball as he was pretty sure that Hom will try to steal a run even if he fails to connect and miss the ball and that’s what exactly happened.

Shuvagata Hom missed the ball which went straight to Dhoni’s hands and he sprinted and knocked the bails off the stump before the non-striker could steal a run. India did something which looked impossible at one stage as they won the game by a run with Dhoni finishing in style but with a run-out this time.

2011 World Cup final: Promoting himself up the order

Sri Lanka had set India a target of 275 in the final of the 2011 World Cup which took place at Wankhede Stadium in Mumbai.

Interestingly, in the previous nine World Cups, no team had chased such a big target and India had a rather bad start to the run chase, losing both Virender Sehwag and Sachin Tendulkar early.

The Men in Blue were in real trouble as they had lost three wickets for 114 runs by the 22nd over. This is when Dhoni surprised everyone by walking down in the middle as he came to bat at the no.5 position instead of in-form Yuvraj Singh, who was arguably India’s standout batter in the middle-order during the tournament having scored 362 runs at an average of 90.50.

On the other hand, Dhoni was not in the best touch with the bat in the 2011 World Cup, yet he promoted himself to number five ahead of Yuvraj that too in the final, which raised several eyebrows.

But, the decision paid dividends as he smashed an unbeaten 91 runs in 79 balls to help India chase down the total and lift the World Cup trophy. Not only Dhoni steered the innings splendidly but he also finished the game in style by hitting a six. The wicketkeeper-batsman also bagged the Player of the Match award for his outstanding performance in the final of the mega event.